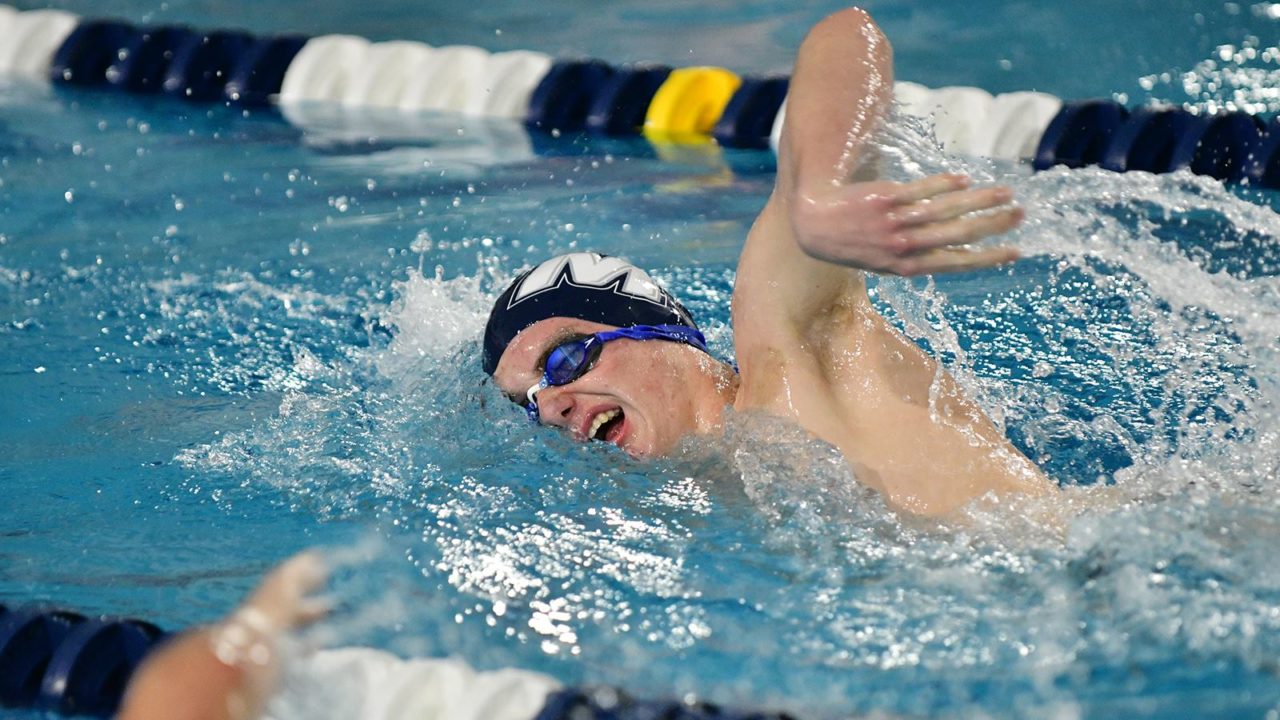 NOTES & QUOTES
“It was encouraging to see the team continue to build positive momentum. We had some outstanding individual performances, it is always impressive to see records fall during the season. Tonight was a good building block for us as we hope to put it all together at the ECAC Championships in a couple weeks.”
– Monmouth head coach Matt Nunnally

– Senior Austin D’Angelo won his first race of the season, the 100 breast, and the eighth of his career.

– Sophomore Dylan Barkhuizen touched the wall first in the 200 fly, clocking in at 1:58.46. Barkhuizen won his first race of 2019 and the eighth race of his career.

– Sophomore Valance Washington took the crown in the 100 free, winning in 47.58. Washington won his first race of the year and the seventh of his career.

– Monmouth’s men won the 200-yard medley relay with a time of 1:34.42 as Kevin Del Giorno, Askew, Reynolds and Washington combined for the victory.

– For the women’s team, Tahlia Botha contributed three individual wins, placing first in the 100 breast, 200 breast and 200 IM. Botha has won 15 races so far in her freshman season.

– Rookie Alexandra Ho reached double-digit wins on the year (10) after winning the 50 free and 100 free.

UP NEXT
Monmouth will compete at the three-day ECAC Championships beginning on Friday, December 6, in East Meadow, N.Y.

The men’s swimming team put up a fierce battle, but fell by a final score of 156-98. The women also gave it their all but were taken down by Monmouth by a score of 140-121.

Freshman Mariajose Lopez took first place in the 500-yard freestyle, touching the wall at 5:10.58. Swedish native Angelica Stark came in right behind her taking second place in the 500 with a time of 5:28.23.

UP NEXT:
The Terriers are back in action on Saturday, November 23, as they travel to Stony Brook for a dual-meet at 10 a.m.