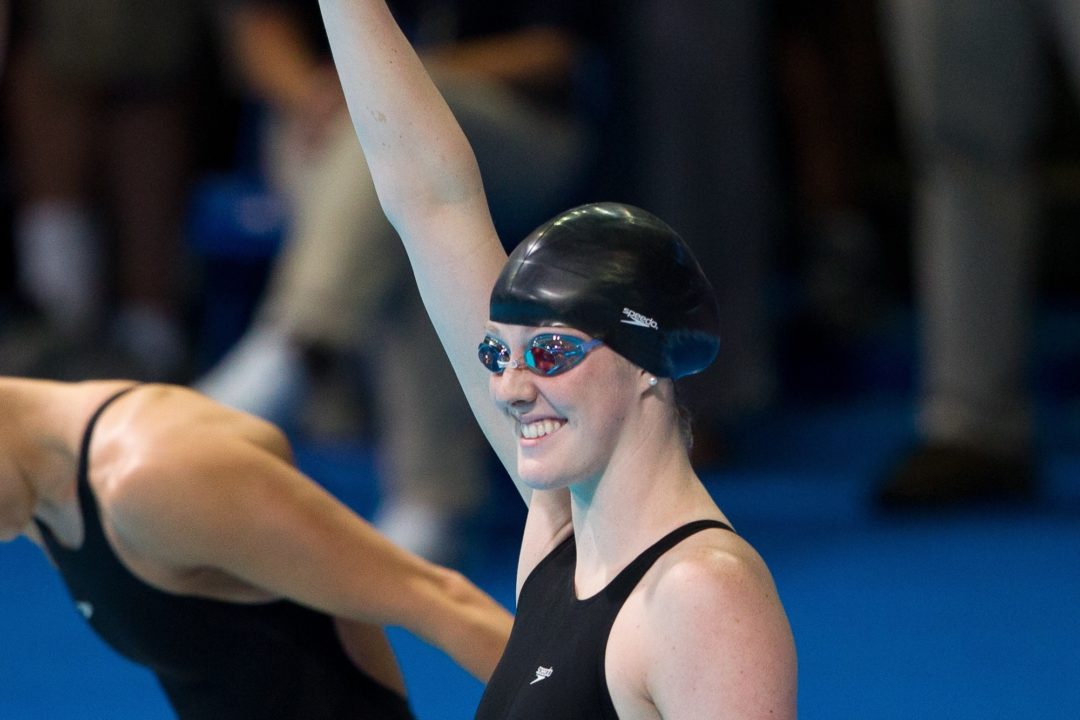 Missy Franklin continues to beef up her impressive resume for the 2011-2012 season with a big award at the US Aquatics Sports Convention (Photo Courtesy ©Tim Binning/TheSwimPictures.com)

Olympic gold medalist and World Record holder Missy Franklin was voted as the USA Swimming Swimmer of the Year on Saturday at the United States Aquatics Sports Convention. The award was voted on by the members of the House of Delegates.

This honor puts Franklin among the who’s who in swimming history, including last year’s winner Ryan Lochte. Back to Mary T. Meagher’s inaugural win in 1981, the list of honorees is a list of the most incredible swimmers in the history of the United States.

In Omaha at the Olympic Trials in June, she qualified to swim seven events on the Olympic Team: more than any other American woman had ever attempted. She made good on her big schedule, taking 4 golds and a bronze.

Among other major award winners this week in Greensboro:

Congrats to Missy! She deserves this title. The only thing I can’t understand with her is that she’s a Justin Bieber fan. No I can’t understand that!
Next year this title will probably go to Katie Ledecky with her fantastic triple on freestyle in Barcelona with 3 world records. 3.59 in the 400 free, 8.12 in the 800 free and 15.35 in the 1500 free. And she will also win the 4X200 free relay with a leg in 1.55. Ok perhaps I’m too optimistic but it’s absolutely possible.

Who was the last female to win the award? Janet Evans?

Natalie Coughlin is swimmer of the year in 2002. I think she’s the last girl with this title. But now with Missy Franklin and Katie Ledecky the future belongs to the girls.

That must have been a tough decision……..