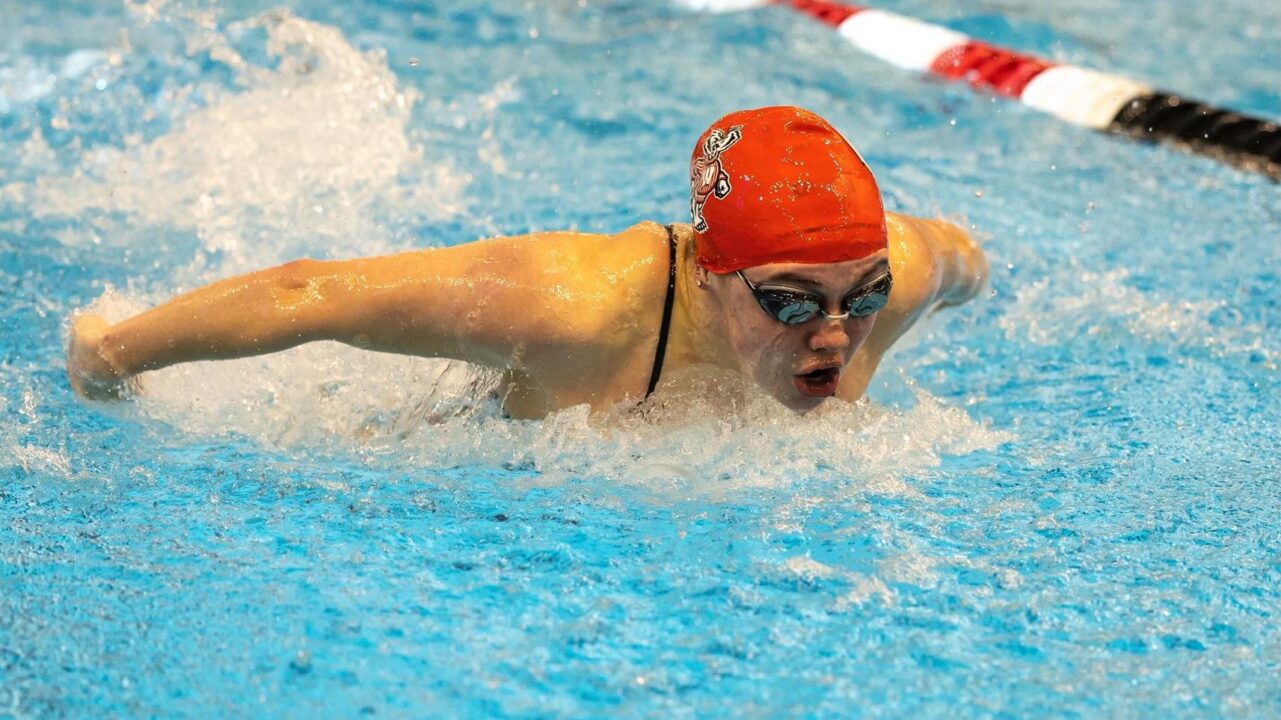 Honorable Mention All-American Mackenzie McConagha (above) was one of a handful of Wisconsin Badgers missing from this weekend's Minnesota Inivte. Archive photo via Wisconsin Athletics

The Wisconsin Badgers were missing a handful of swimmers at this weekend’s Minnesota Invite. Most noticeable among those absences were a pair of NCAA qualifiers: All-American Mackenzie McConagha for the women’s team and qualifier Wes Jekel for the men’s team.

Wisconsin head coach Yuri Suguiyama didn’t get specific about any athletes, but said that the team had a handful of athletes not travel “due to illness.” He did say that the team expects everyone to return for the remainder of the season.

Both swimmers competed at the team’s last dual meet of the semester on November 4 against Minnesota.

McConagha, a sophomore, finished 15th in the 100 backstroke at last year’s NCAA Championship meet. She has only swum that event once this season; in her first three meets of the year, she seems to have focused more on developing her secondary butterfly events. While suited-and-tapered swims by her competitors have pushed McConagha down the rankings, prior to the start of invite season, she ranked 25th in the country in the 200 fly.

Her season bests so far are:

Jekel, a senior, finished 21st in the 200 IM, 21st in the 100 back, and 22nd in the 200 back at last year’s NCAA Championship meet. Those were his best finishes between his two national championship meets. He also swam a crucial leg on Wisconsin’s NCAA qualifying 400 medley relay. He led that relay off at NCAAs in a personal-best of 45.52.

His season bests so far are:

Both teams have other viable options for their medley relay leadoff legs – World Championship silver medalist Phoebe Bacon for the women and Jake Newmark for the men – so the medley relays were still in good shape in spite of the absences.

Lily Gardner to Wisconsin is huge. If she can get back to her pre UGA form, she’ll be great. Very talented, great racer.