Minakov, Druzhinin Qualify For Tokyo On Day 5 of Russian Trials 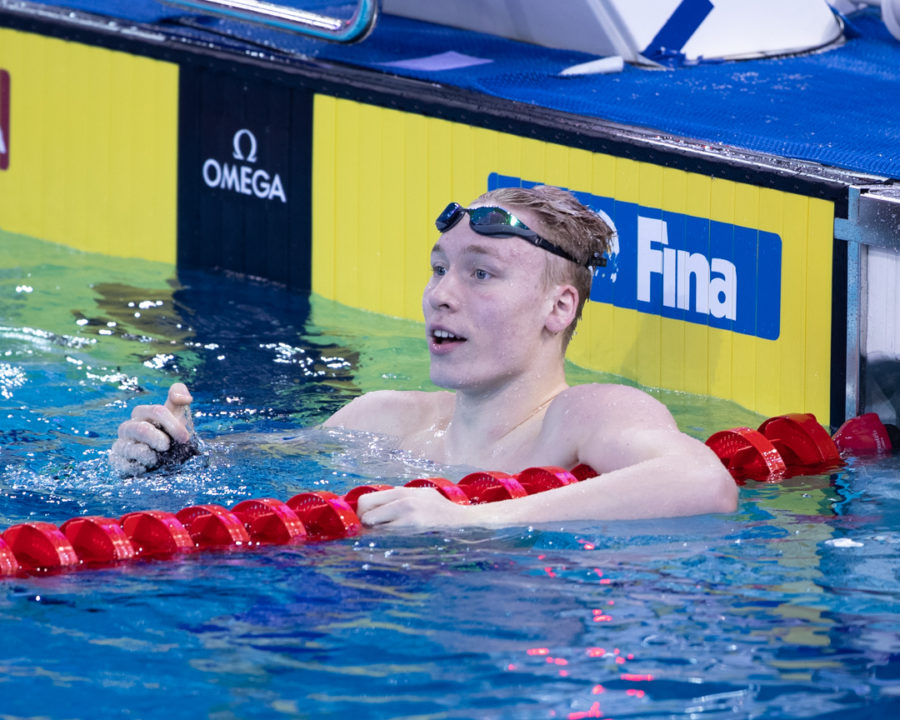 The Russian Olympic team grew to 20 on the fifth of seven days of action at the country’s Trials meet in Kazan, with Andrei Minakov booking his first appearance at the Games and Ilya Druzhinin earning his second.

Minakov, a 19-year-old who has spent time training in the U.S. and is committed to attend Stanford University, finished second in an epic final in the men’s 100 freestyle, edging out 2019 World bronze medalist Vladislav Grinev for an individual spot on the Olympic team.

Minakov clocked 47.77, two-tenths off the World Junior Record he set in October, to finish in the runner-up position behind Kliment Kolesnikov and qualify for his first Olympics. Minakov won the non-Olympic 50 fly earlier in the meet in a best time of 23.02, and is coming off of winning an individual silver medal in the 100 fly at the 2019 World Championships.

Kolesnikov broke Grinev’s National Record in 47.31 to add a second event to his Olympic program, while Grinev (47.89) and Vladimir Morozov (48.18) will likely get added to the team as relay-only swimmers after the meet, should they fail to qualify in the 50 free.

Egorov’s victory (7:48.25) gives him two individual events at the Games after placing second in the 400 free on Day 1.

In the other individual finals of the session, Anton Chupkov and Kirill Prigoda added the 200 breast to their schedules after already qualifying in the 100 earlier, while Svetlana Chimrova fell shy of the ‘A’ standard in winning the women’s 200 fly. Already qualified to race the 100 fly in Tokyo, the 24-year-old will likely get a shot to race the 200 there anyway.