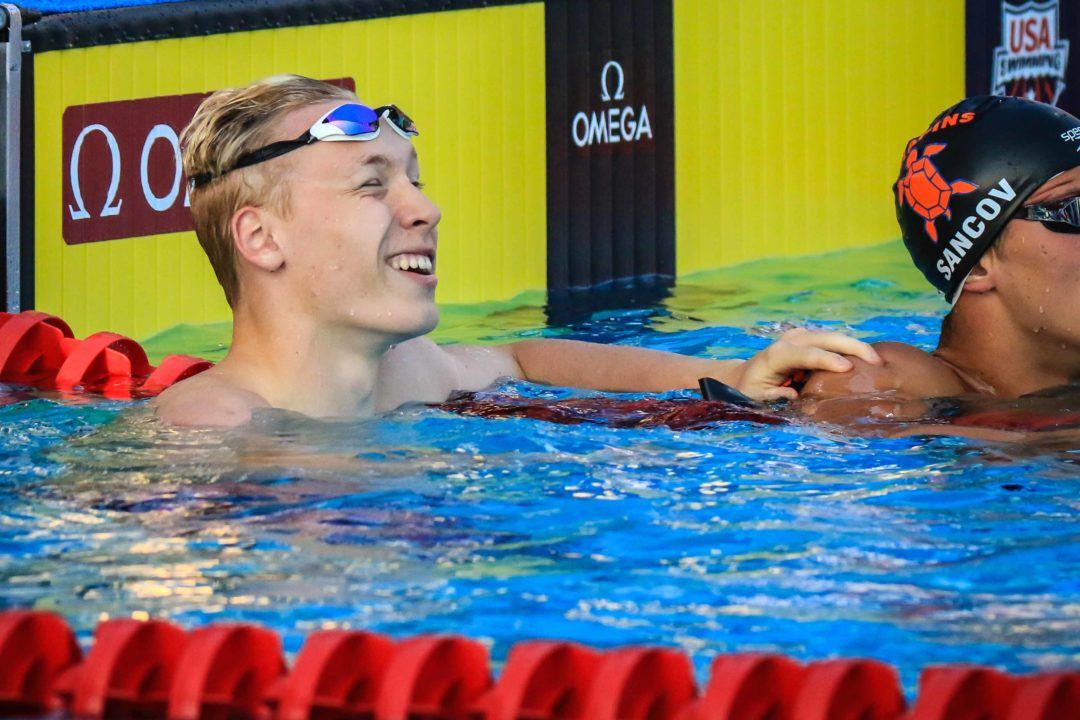 While competing on the final day of the 2020 Russian Swimming Championships, 18-year-old Andrei Minakov busted out the fastest 100m freestyle performance of his young career en route to clocking a new World Junior Record.

After hitting a semifinal swim last night of 49.48 to claim the 5th seed, Minakov blasted a monster 47.57 to take gold tonight in Kazan. The time overtakes his own previous personal best of 48.50 he produced in April of 2019. It also surpasses Australian Kyle Chalmers‘ long-standing World Junior Record of 47.58 he registered en route to topping the men’s podium as Olympic champion at the 2016 Olympic Games in Rio.

Minakov’s splits for his 47.57 tonight included the following versus Chalmers’ Olympic title-winning effort:

Stanford-bound Minakov beat out domestic rival Vladislav Grinev for gold tonight with Grinev hitting a time of 48.38 as the runner-up. We published quotes from Grinev that the national record holder has been dealing with weight and strength issues and he’s not in the best shape at the moment. Grinev’s record was within striking distance tonight, but still remains at 47.43.

Alexander Shchegolev rounded out the top 3 in 48.38.

If Morozov comes around, Russia is going to be filthy in the 4×100 free relay next summer

Probably would’ve medaled in tokyo … ? What? What a horrible take.

this man really is the russian caeleb dressel

Anyone know if this guy is still training with Ray @ Terrapins Swim Team. WOW!
Congrats Kid!