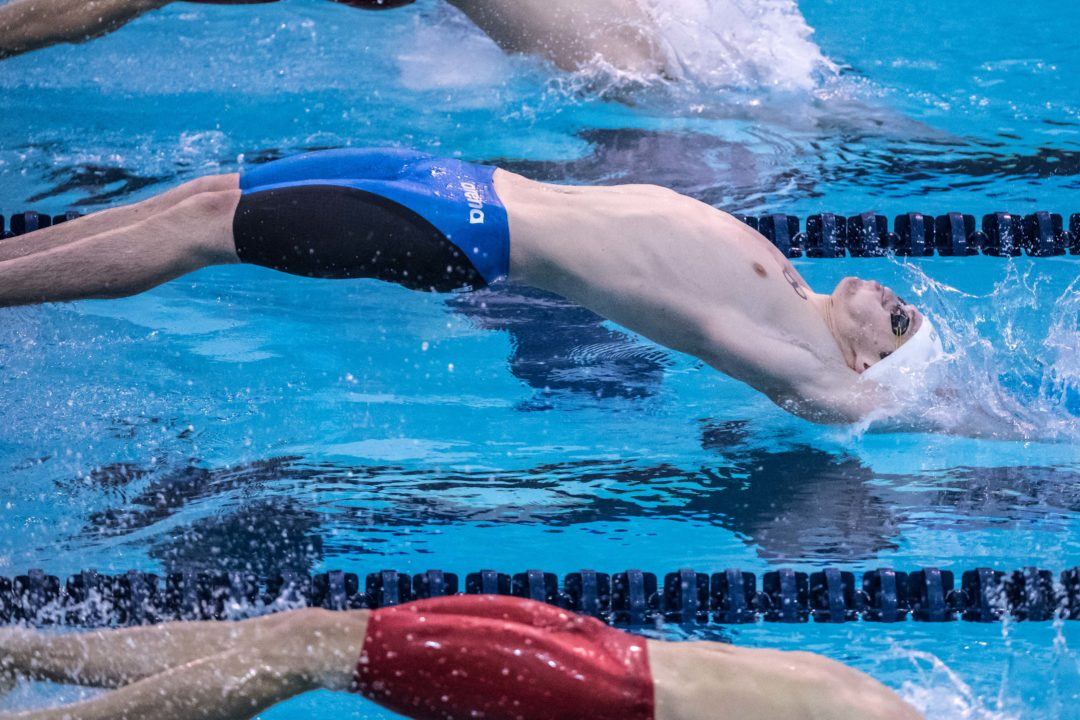 Check out some of the quick swims being thrown down by both men and women in Kazan at this year's Russian Championships. Archive photo via Mike Lewis/Ola Vista Photography

15-year-old Evgenia Chikunova put on a show yesterday in the women’s 50m breast semifinal, posting a head-turning time of 30.81. That mark decimated her own previous career-quickest of 31.18 from last year, as well as overtook the Russian Junior Record of 31.00 set by Olympian Yuliya Efimova way back in 2008.

Come tonight’s final, Chikunova wasn’t able to quite replicate that same heat, but she did still wind up victorious, producing a solid time of 31.05. That cleared the field by over half a second to give the teen the gold.

Grigory Tarasevich got on the board with a 100m back win on the men’s side, hitting a time of 53.80. As the only swimmer in the field to produce a result under the 54-second threshold, Tarasevich was able to clear the FINA ‘A’ cut of 53.85 needed for next year’s Tokyo Olympic Games.

Also making the Olympic grade was a trio of men’s 200m freestylers in Martin Malyutin, Mikhail Dovgalyuk and Alexander Shchegolev.