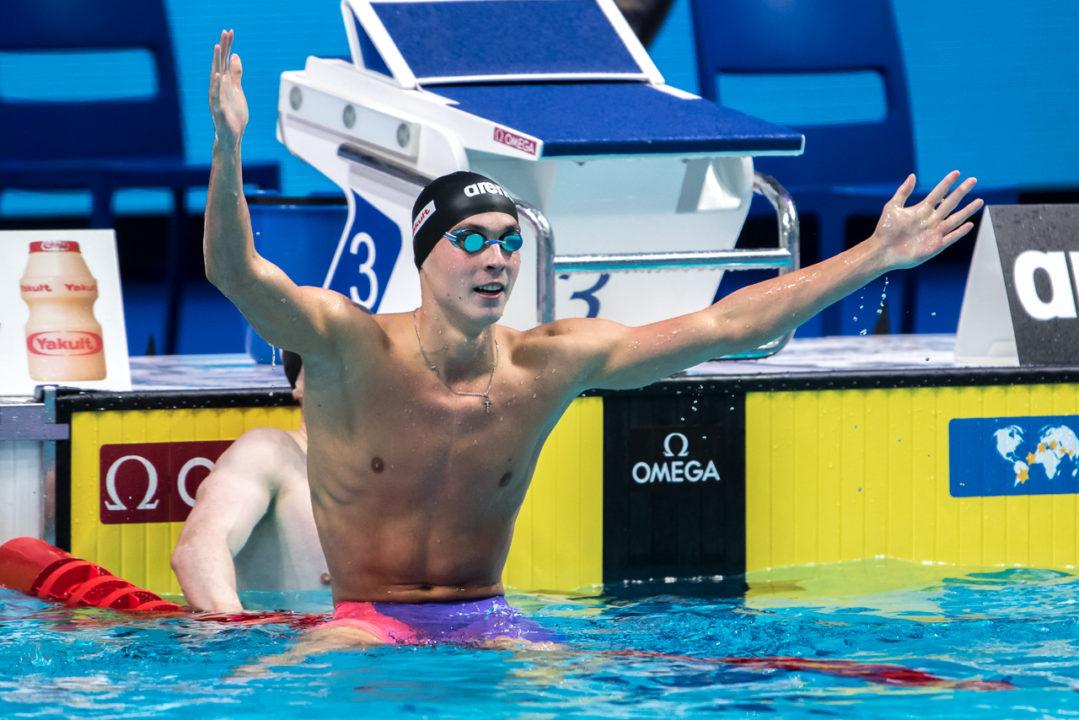 While competing on day 2 of the 2020 Russian Championships, Anton Chupkov busted out the fastest 100m breaststroke swim of his life en route to gold. Archive photo via Peter Sukenik/www.petersukenik.com

While competing on day 2 of the 2020 Russian Swimming Championships, 23-year-old Anton Chupkov busted out the fastest 100m breaststroke swim of his life en route to gold.

Hitting a time of 58.83, Chupkov not only claimed the national title in a result that easily clears the Olympic FINA ‘A’ cut of 59.93, but his time also overtakes his own Russian standard of 58.94. He produced that previous sub-59 second outing at the FINA World Cup stop in Kazan.

Runners-up in the race at Russian Nationals tonight included Ilya Khomenko and Alexander Palatov who clocked times of 59.84 and 59.89 for respective silver and bronze. Khomenko’s time dips under the aforementioned Olympic qualifying threshold.

Chupkov’s performance tonight lays waste to the 59.19 the Russian produced in Gwangju last year to place 8th at the FINA World Championships. That’s the same meet at which he struck a new World Record in the 200m breast (2:06.12) for gold.

You have to think it’s in danger. If he has a little more easy speed going out and his usual closing speed, that’s a scary combo.