Micah Sumrall Has Taken Up A New Hobby (Video) 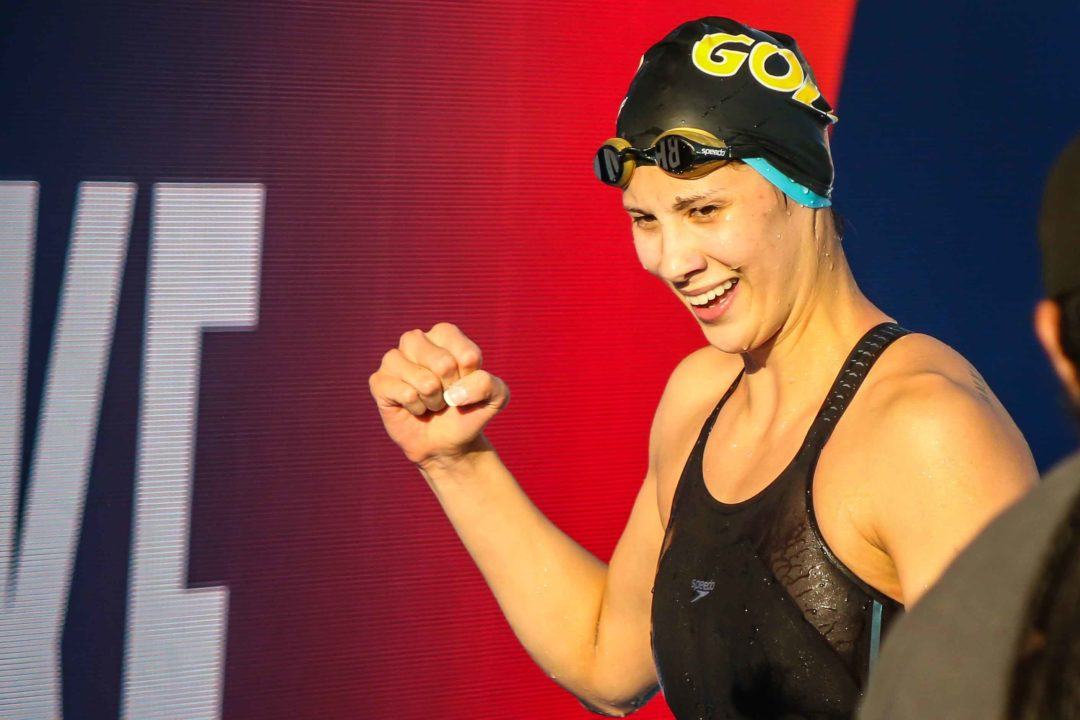 Sumrall both designed and made her skirt and boots for the Golden Goggle Awards in New York City last month. Current photo via Jack Spitser

Shifting focus away from the pool for a minute, Sumrall told us about a newfound hobby and talent she has developed: fashion design. Sumrall both designed and made her skirt and boots for the Golden Goggle Awards in New York City last month. Making clothing, Sumrall says, is both an engaging interest for her and it functions as a creative outlet and hobby outside the pool.

At the 2018 Golden Goggle Awards in New York City, Sumrall won the Perseverance Award. At the 2016 Olympic Trials in Omaha, Sumrall finished 4th in the 200 breast, just 54-one-hundredths behind second-place qualifier Molly Hannis. Though she at first speculated that the 200 breast in Omaha might be the final swim of her career, Sumrall pushed on and decided to continue through the next quad and go for a spot on the Tokyo 2020 Olympic Team. Ella Eastin, another nominee for the Perseverance Award, remarked that she is inspired by Sumrall on the award show red carpet.

if you talk about her designing her own close and boots to the Golden Goggles Award ceremony why don’t you show it ?????

I remember she wore a really sheer black lace dress with solid at the top of the bottom. Funny how I remember that small detail. It was pretty stylish. She may have a future in this field. I still say “Lawrence” in my head when they announce her, but my brain has accepted Dahlia.