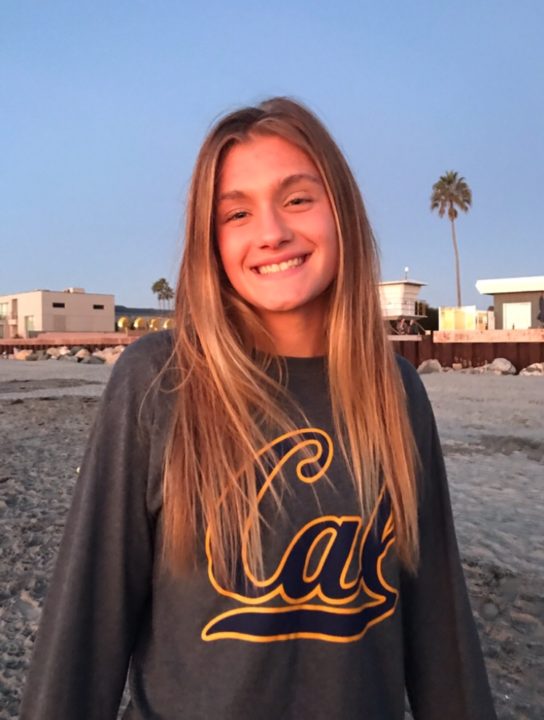 16-year old Mia Kragh of Rancho San Dieguito rolled on through day 3 of the 2020 Carlsbad Sectional meet in California.

While she’s the defending California High School State Champion in the 200 fly, she hasn’t raced the 200 fly as frequently. Saturday’s swim was just her 5th career race of the 200 yard fly, and this is the first time that she’s swum the event twice in the same season.

She now ranks 4th nationally in the 200 fly among 15-16 year olds (and first nationally among 16-year olds, as she’s a year ahead of a very good group of butterfliers including Claire Curzan, Charlotte Hook, and Justina Kozan).

Kragh, a high school junior, is a Cal commit, and her Saturday time is already fast enough that it would have placed her 6th in the 200 fly at the Pac-12 Championships, which also held its 200 fly on Saturday evening.