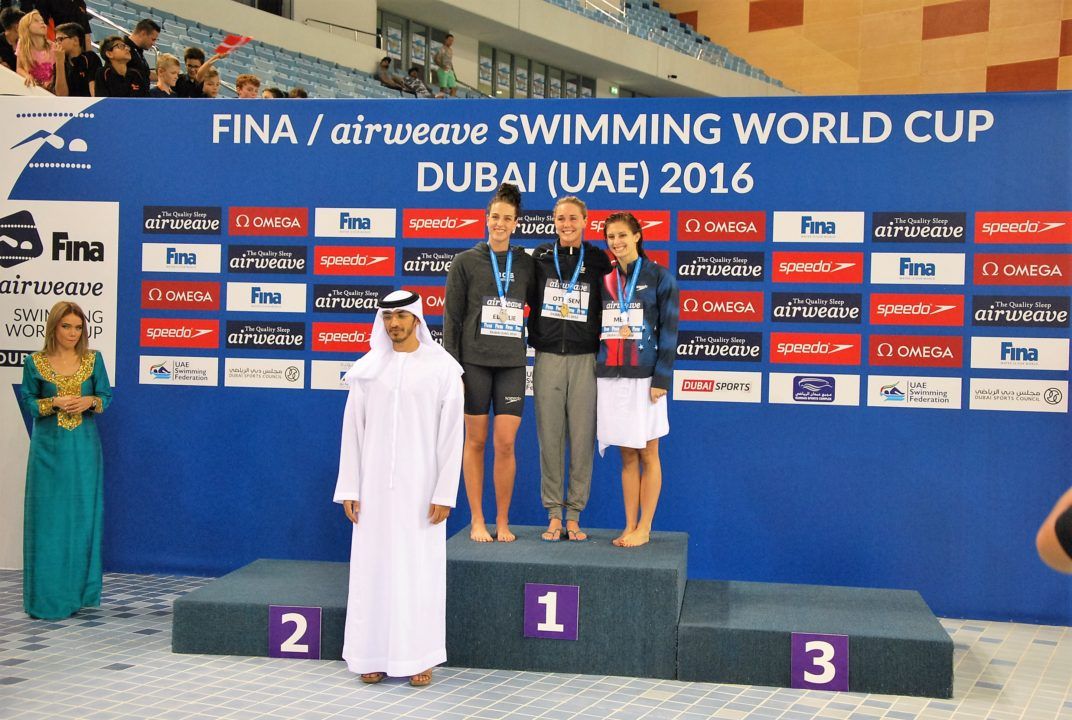 The second and last day of the FINA World Cup in Dubai kicked off at 10 am with morning prelims.

The top seed in the men’s 100m butterfly is Germany’s Philip Heintz who hit the wall in a time of 51,60. The next-fastest swim in the morning heats came from Japan’s Takeshi Kawamoto in 51,76. Heintz scratched tonight’s final because he wants to focus on the 200 IM. Josh Prenot took a spot in the final in 51,93,

Katinka Hosszu touched in 2:04,87 in the 200m butterfly the #1 seed for finals. Madeline Groves (AUS) will be in the second seed tonight in 2:11,05. Hosszu now sits on 4th place in the world rankings. If you watch Katinka Hosszu swimming her mammoth program, it can be seen that she and her trainer work specifically on details and probably set some race tasks: For example, her time in the 200m butterfly was very good for a morning prelims swim and she also stayed long under water with effective dolphin kicks.

Stanislav Donetc (RUS) touched in 1:59,41  in the 200m backstroke for  the #1 seed for finals. Oliver Cameron (CLB) will be in the second seed tonight in 2:00,65 . The 20-year old South African Trains in Dubai at the Hamilton Aquatics – the local swim club.

You have Efimova as USA for country represented near the top.