MEET NOTES: No. 7 Texas A&M to battle North Texas & the University of Houston 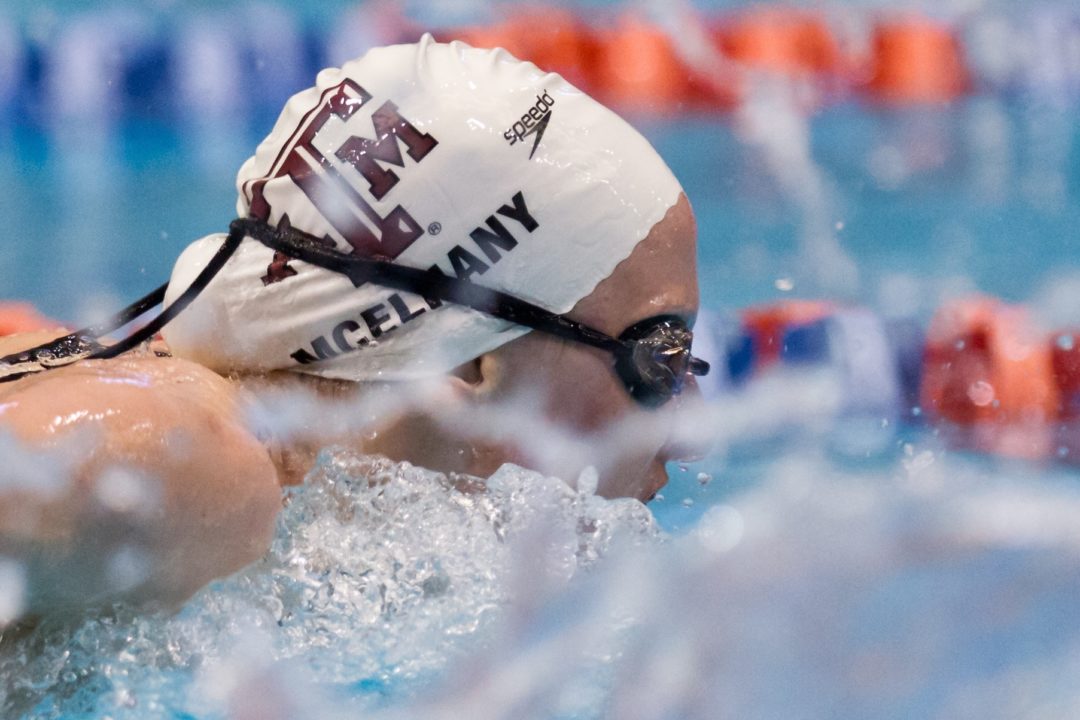 The Texas A&M women’s swimming and dive team will take on a pair of regional opponents in a 3 p.m. double dual meet with host North Texas and the University of Houston on Friday at UNT’s Pohl Recreation Center.

The Texas A&M women’s swimming and dive team will take on a pair of regional opponents in a 3 p.m. double dual meet with host North Texas and the University of Houston on Friday at UNT’s Pohl Recreation Center.

The UNT-UH double dual will be the Aggies’ final tuneup before battling Texas in Austin on Nov. 7. The Aggies opened their 2014-15 season with a 170-120 win over Southeastern Conference foe Arkansas in Fayetteville on Oct. 18. In the win over the Razorbacks, the Aggies swept all 16 events, placed 1-2 in eight events and took the top three spots in three races.

The World University Games will be contested in Gwangju, South Korea, July 4-11, 2015. Henry, a senior from Garner, N.C., swam at the 2013 World University Games and won a gold medal with the 800-meter free relay and a silver medal in the 200 IM. Bratton, a freshman from Richland, Wash., earned her spot with an impressive summer of swimming, including medaling at the U.S. National Championships and earning a spot on Team USA for the Pan Pacific Championships.

Where are the results from this meet? Was swimswam not there?

SwimmerGirl – the teams didn’t get official results out until this morning. We will have them posted today.