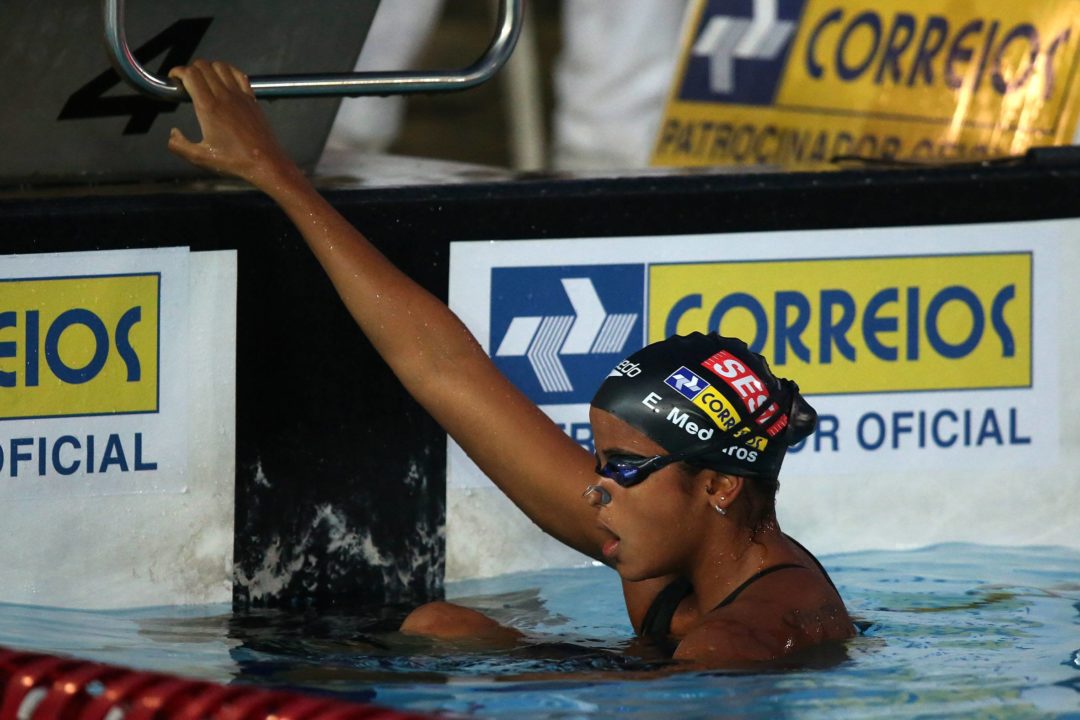 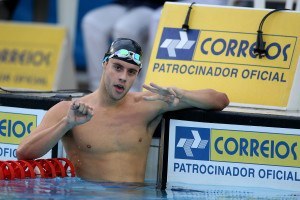 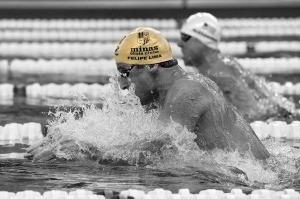 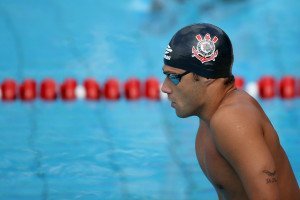 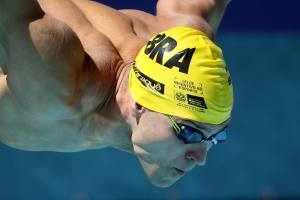 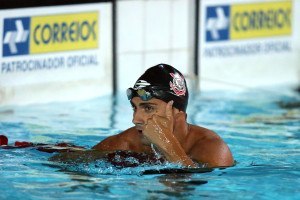 Medeiros, 23, took the top seed in the women’s 100 back, coming within seven tenths of the South American record with a 1:00.76. Medeiros broke the continental 50 back record back in December, and should have a shot to take down the 100 mark in tonight’s final.

Further back in that race, 1997-born Guilherme Dias Masse made the qualifying time for Junior Worlds, dropping his personal best from a 57.21 to a 55.87.

Two junior girls made the Junior Worlds cut in the 200 free, the biggest event for Brazil in national qualifying in the early goings. Maria Paula Heitmann (born in 1999) was 2:02.37, cutting 1.6 seconds off her best and qualifying 4th while making the cut. Meanwhile Rafaela Raurich (born in 2000) was just a tick off her personal best, but still went 2:03.10 for the 10th spot and a Junior Worlds cut.

Qualifying 6th was Felipe Ribeiro de Souza (born in 1998), who barely snuck under the Junior Worlds cut. His 1:50.24 was a single hundredth under the cut and was a drop of one second from his best.

Bad structure today.. A lot of wind.. lack of illumination.. why not use indoor pools?

Let´s face, the wind made a mess of the 4x50free start.If it was windy when Cielo jumped and he made 21.36… yikes!

I remember it was always windy and rain and cold every year during Maria Lenk, so why not move the meet to an indoor pool?

Talk that for our politicians…

Let down of the day:DeLucca 1:48.His transition yards to LCM is far from being consistent.He made 1:47.9 untapered.

Rafael,
they(swimswam writers) already know about it, but the hour of Maria Lenk is a normal job hour for most of themin US. They cannot write a fast report because of that.