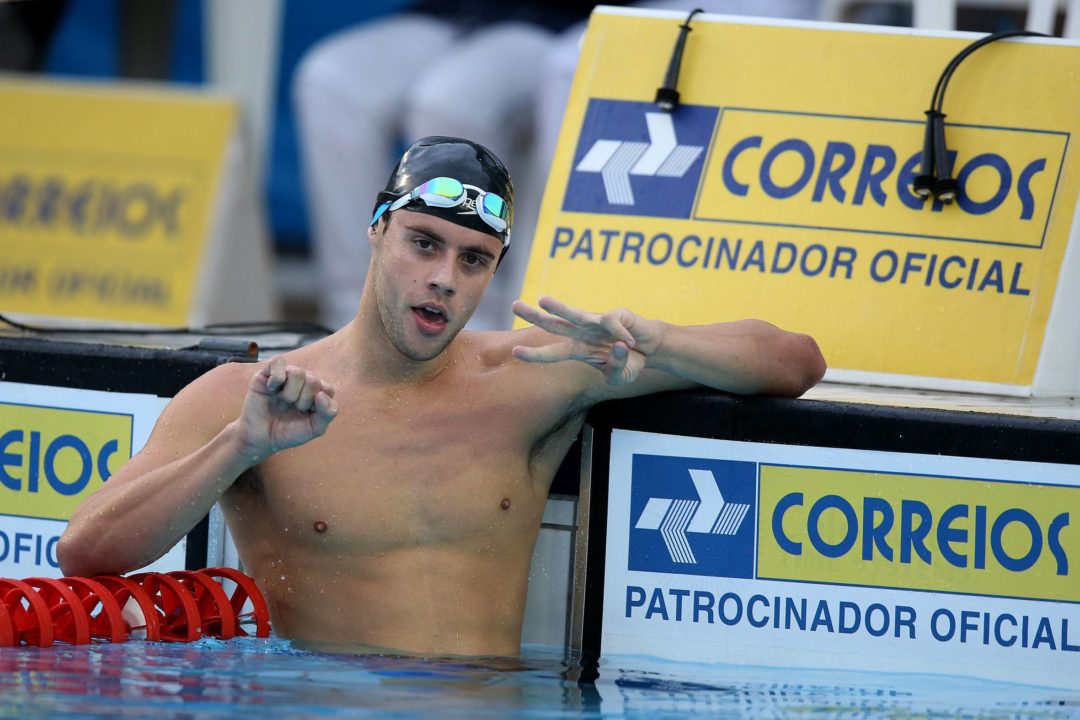 Thiago Pereira will be one of many Brazilian swimmers fighting for spots on the Olympic team at the Maria Lenk Open Championships in April. He has already posted a FINA 'A' cut in the 200 IM. Current photo via Satiro Sodre

The first competition, the Brazilian Open, resulted in 23 swimmers hitting Olympic ‘A’ cuts during the meet, but not all of them can be confident in their spot on the team. The Maria Lenk Open Championships will provide an additional opportunity for swimmers to stake their claim on the Brazilian roster. You can follow this link for a refresher on Brazil’s Olympic selection criteria and this link for a bit more analysis.

The competition will be a closed meet, meaning that only athletes, coaches, officials, and swimmers’ families will have access to the site.

Are the dates the 15-20 of April or 25 to 30th? the first sentence says one thing and the event list says another?