Mean Green Win Against San Diego on the Road 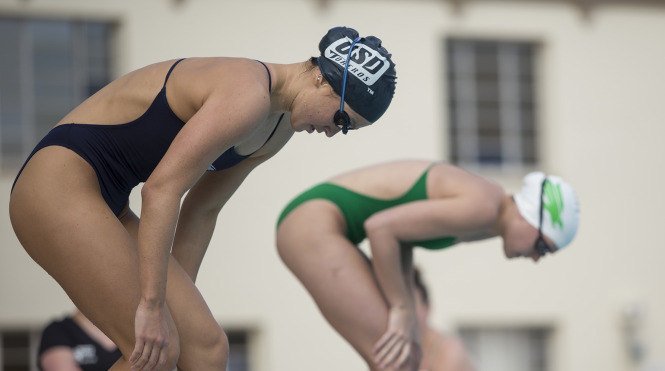 The North Texas Mean Green took down  the University of San Diego  on Saturday while on their training trip in  California 62-48. The meet was a Shootout format that featured the 400 medley, 500 and 200 free, as well as the 400 IM and  50’s  in each stroke.

Mackenna Briggs of San Diego won the 400 IM, besting the field by over two seconds (4:34.14). Claudia Kitching of North Texas and MK Clancy of San Diego rounded out the top three. Briggs also won the 500 free, touching in 5:08.67- both first place finishes were also career-best times for the freshman.  The only other non-50 individual event on the day was the 200 free. Isabelle Morris  barely touched out the field, winning in 1:53.57. She was closely followed by San Diego’s Jackie Taylor (1:53.66).

Of the unique meet format, North Texas head coach stated in a press release that the “meet was less about the time and more about dealing with adversity, racing, and getting their hand on the wall.”