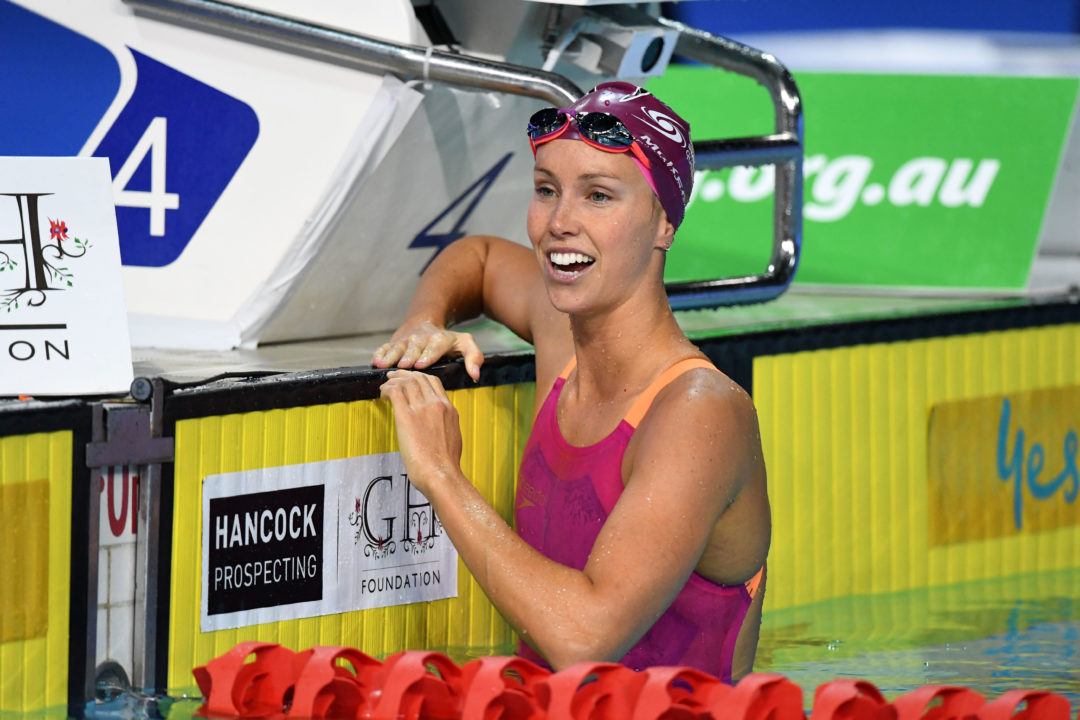 Four-time Olympic medalist Emma McKeon swam an impressive preliminary in the women’s 100 fly at the 2018 Australian Pan Pac Trials, posting a time of 57.98. The 24-year-old showed some speed opening up, splitting 26.64 on the way out which is only three tenths off her opening split when she went her best time of 56.18 last summer at the World Championships. Having already qualified for the Pan Pacific Championships in multiple events, she is surely far from fully tapered, but has shown good form at the meet so far and it will be interesting to see what kind of performance she can put forth in the final. Her fastest swim this season has been a 56.78, done at the Commonwealth Games when she won the gold medal.

Korean An Sehyeon was the 2nd fastest swimmer in prelims in 59.24, and Commonwealth bronze medalist Brianna Throssell was 3rd in 59.90. Throssell has already been 57.30 this year, which qualified her for Tokyo (Australian standard in 57.64).

Looks like not many swimmers are tapered enough to actually try and get under the pan pacific qualifying times.. therefore if the selectors stock by the rules then I’m expecting a small skeleton team of Aussie swimmers to contend in Japan

Commonwealth Games was also a trial for the team

4-01.73 for Titmus is a great swim after a huge programme and no taper