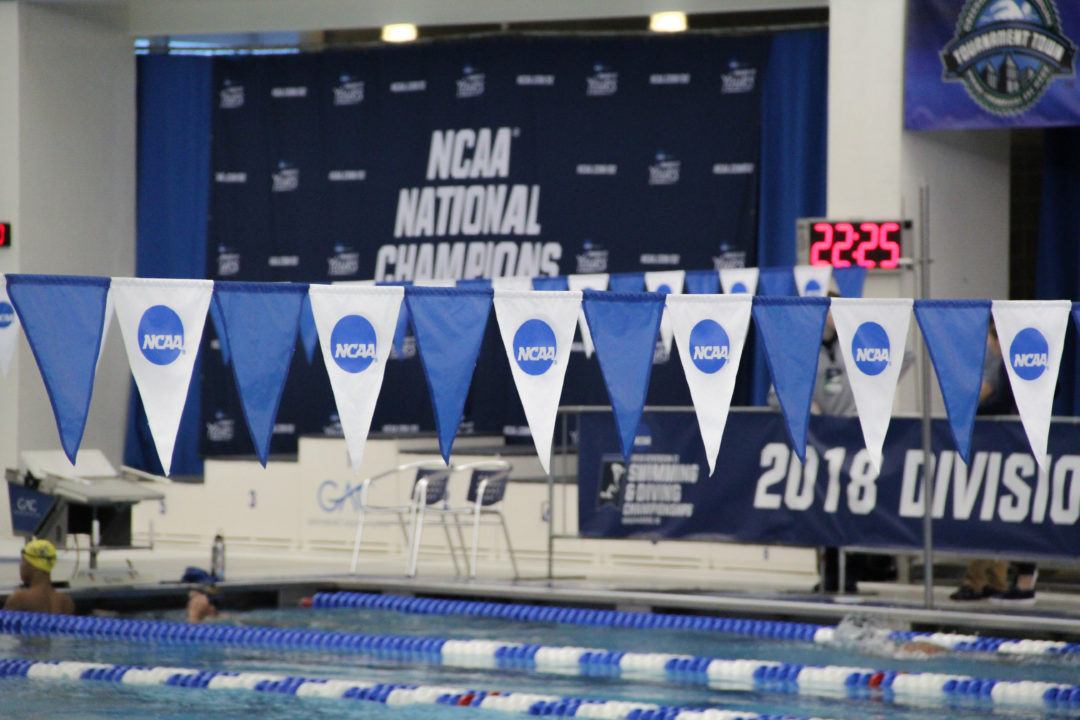 Stevens swam a steady and patient race. Third at the 50, she moved into second at the 100, then dominated the second half of the race. That is where she picked up all .73 of her improvement. Her third 50 was especially aggressive, and yet she still was able to hang on and close well.

Here are the comparative splits.

Stevens was ninth in the 200 IM on Wednesday and runner-up in the 200 free on Thursday. She is entered in the 100 free on Saturday.

Congrats to all! Sofia had an amazing record and great to see her still make the podium. Jessie might just be coming for the record next year. ?