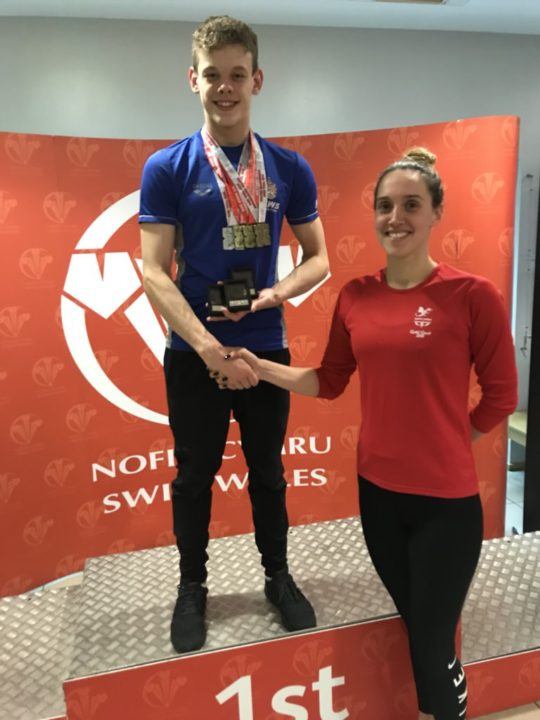 Competing on the final day of the 2019 British Swimming Championships, 16-year-old Matt Richards rocked another British Age Group Record, this time in the men’s 200m freestyle.

Entering this morning’s heats, Richards’ personal best in the 200m free event stood at the 1:50.37 he clocked at this year’s FFN Golden Tour Camille Muffat in Marseilles last month.

However, here in Glasgow, Richards split 53.18/56.45 to log a new lifetime best of 1:49.63. That overtakes the previous British Age Group Record of 1:49.68 set by Martyn Walton back in 2014 and checks-in as his first sub-1:50 outing. With the likes of Duncan Scott, James Guy and Tom Dean in tonight’s final, look for Richards to get caught up in the speed and possibly drop even more time when all is said and done.

Representing Royal Wolverhampton, Richards has been on a tear this Championships, having broken Duncan Scott‘s Age Record in the 100m free with 49.98 to take Transition Final gold. He also nailed his first sub-23 second 50m free, stopping the clock at 22.98 to finish 8th the Senior Final.