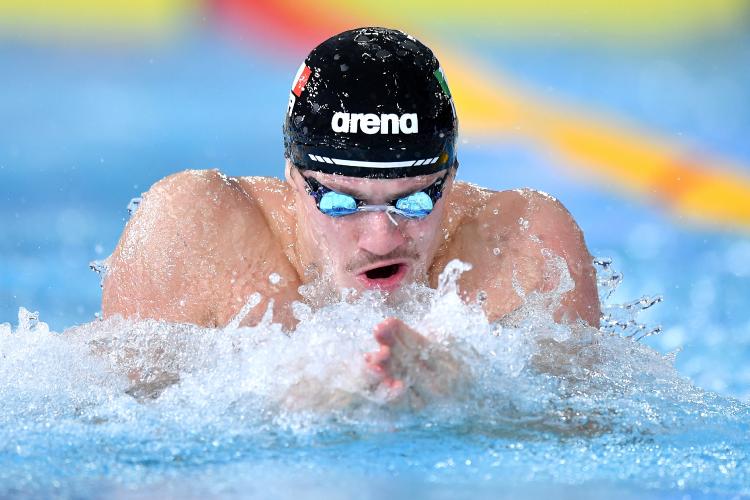 Nicolo Martinenghi and Simona Quadarella have punched their proverbial tickets to the 2020 Tokyo Olympics, hitting Italian selection standards at the nation’s Winter Championships.

The Winter Championships are the first of two Olympic qualifying events for Italy. These carry very tough selection times, and those who don’t make it through this round will have another chance (with slightly softer selection times) at the Italian Championships in March.

Martinenghi won the 100 breast on day 1, going 58.75 to lower his own national record. The 20-year-old Martinenghi had previously been 59.01. He won the Italian winter title by eight tenths of a second over Federico Poggio (59.58), with Fabio Scozzoli third in 59.80.

This is a big swim

The once shining junior swimmer begins to shine at senior level after a period of stagnation. Happy for him.

He went through a stress fracture in the pubic bone that forced him to stop training for several months since April 2018.

Won’t even ask how that happened, but guessing Italian Stallion might be a new nickname..

Period of stagnation in the results also because Martinenghi was seriously injured at the beginning of 2018.
Great race in the men’s 400 free, with three swimmers at 3’47” (Matteo Ciampi was third with his new PB of 3.47.41) and even more interesting is the fact that only Detti was aiming the selection time: 19 year-old Marco de Tullio, fifth at last Worlds with 3.44.8, didn’t finalize his preparation for this event. So, northeless his training regimen, De Tullio swam a 3.47.1 extremely promising looking at the Nats on March 2020 and then, hopefully, the Olympics. Also Ciampi, a classy swimmer, has made a strong improvement in this first LC event, at December, so the Italian 400 free appears… Read more »

That’s ambitious for any country.

Nah, a qualification 9 months before the main event need to be as tough as possibile. There are only two spot so…

The only one I could find: https://www.youtube.com/watch?v=UqWW_lVrpxM