Manaudou Warms Up At French SC Nationals With 20.41 Relay Split 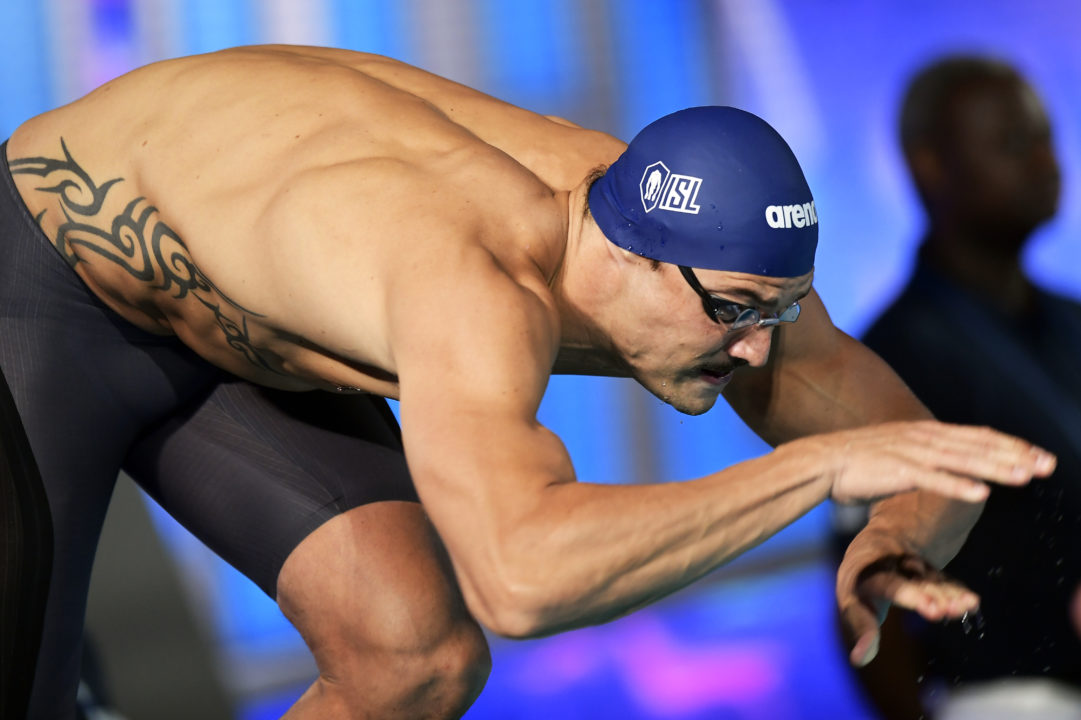 Florent Manaudou was in the water on night 1 of the 2019 French Short Course Championships, making his presence known on a winning relay. Archive photo via Fabio Ferrari/LaPresse

The 2019 French Short Course Championships kicked off tonight in Angers, and already we saw one national record go down.

Courtesy of 22-year-old Marie Wattel, the women’s 100m freestyle French mark was driven down to a new low of 51.45 en route to Wattel topping the podium tonight. You can read more about her history-making swim here.

Two meet records also bit the dust during day 1’s final session, with both falling by the hands of women. First, immediately after the 2019 European Short Course Championships where she took home 3 individual silver medals, Beryl Gastaldello took the women’s 50m back in a new meet mark of 26.21.

Winning the race by over a second, Gastaldello’s time fell short of the 26.03 French record she produced in Glasgow, but still good enough to top the field here in Angers comfortably.

The women’s 4x50m free relay combination of Anna Santamans, Melanie Henique, Gastaldello, and Anouchka Martin produced the 2nd meet record of the night. The foursome collectively clocked a winning result of 1:37.00, comprised of speedy splits of 24.80, 23.50, 24.23 and 24.47, respectively.

Additional winners on the evening included Yohann Ndoye Brouard taking the 200m back in a mark of 1:51.76 to get his hands on the wall ahead of national age group record holder Mewen Tomac. Tomac spilt 54.28/58.06 to notch a mark of 1:52.34.

Flo sure is racing a lot. He’ll be in the hunt for medals (including gold) at Tokyo. He’s all-in for that race, like Ervin was, so Dressel will have to be perfect. Seems to be enjoying it, too. Stavius is the French Grevers.