Mark Szaranek Joins Elite Group At University of Stirling Through 2020 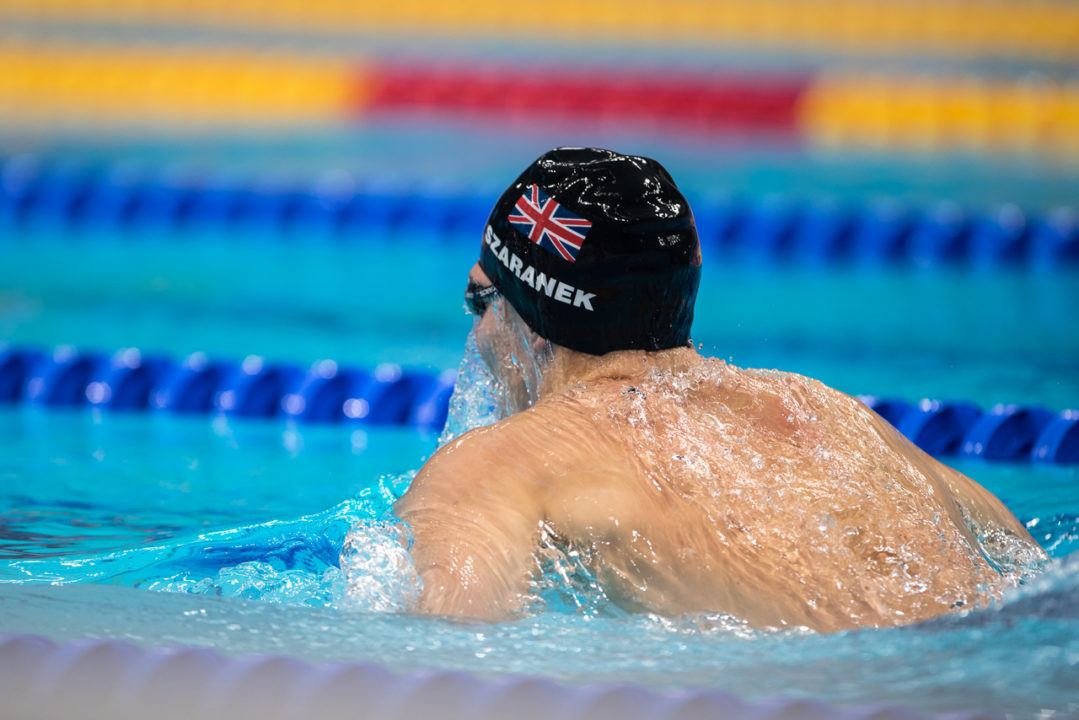 On the heels of having been announced as one of the members of Great Britain's 2019 World University Games squad, Mark Szaranek has joined the University of Stirling talent hotbed. Archive photo via Peter Sukenik/www.petersukenik.com

On the heels of having been announced as one of the members of Great Britain’s 2019 World University Games squad, Mark Szaranek has joined the University of Stirling talent hotbed.

The 23-year-old Scot just graduated from the University of Florida where he was a game changing swimmer for the Gators. Throughout his career in Florida, Szaranek wrapped up 2 individual NCAA titles, including becoming 200 IM NCAA champion in 2017 and contributing to the winning 200 free relay NCAA champion team in 2018. The 200 free relay NCAA title represented the first-ever for the Florida men’s program.

Internationally, Szaranek raced at the 2017 World Championships in the men’s 200m and 400m IM events, finishing 9th and out of the final in the latter event by just .02.

While competing at the Commonwealth Games last year, Szaranek snared silver in the 400m IM and also earned bronze as a member of Scotland’s 4x200m freestyle relay. His time of 4:13.72 in the 400m IM marked a career best and the 5th fastest performance ever by a British swimmer.

Szaranek most recently competed at the 2019 British Swimming Championships representing his childhood club of Carnegie. He finished 4th in the 200m IM and 2nd in the 400m IM, missing the qualification time to secure a bid for this summer’s World Championships, but adding his name to WUGs.

Speaking to SwimSwam today, Szaranek says, “I’ll be here at Stirling through at least 2020. I’ve worked with Steve on multiple national team trips and we work well together. I also grew up racing with and against multiple guys in the squad.

Stirling tells SwimSwam that Szaranek’s ‘GB status entitles him to additional support, provided via the University of Stirling as one of British Swimming’s National Centres and Scotland’s leading performance program.’

“He’s joining a very strong group of elite athletes in the lead up to GB’s Olympic Trials in London, April 2020. We are excited by his arrival.”

He didnt win 200 free individually, but i believe he was on winning 200 free relay.

Interesting move, will make for a strong pairing between him and Scott in medley sets I guess!

Probably moved for the better weather.

98 degrees in a literal swamp in July is nobody’s idea of a good time.