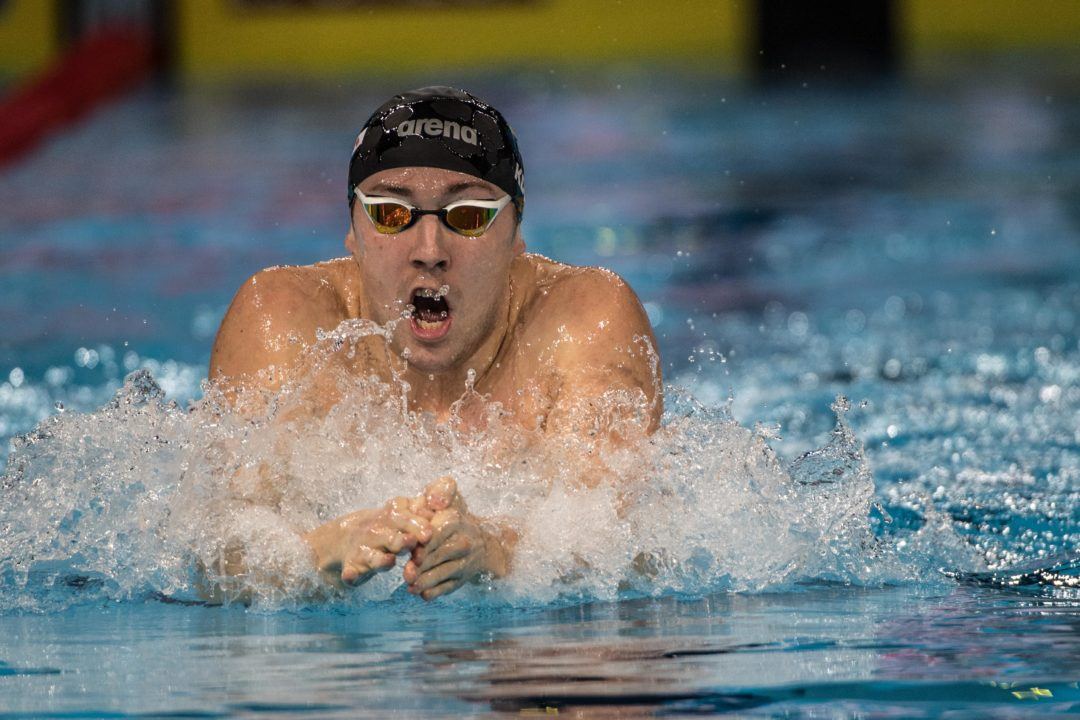 The first night of the Eindhoven Cup went down tonight, with some of the best swimmers in Europe present this weekend for some spring racing in the Netherlands.

Winning the 200 breast in championship record time was Marco Koch, going 2:09.07 for the win. Koch, of Germany, now ranks 2nd in the world this year, though the #1 time comes from Ippei Watanabe‘s world record 2:06.67 from January, which is well ahead of Koch’s time today.

Arno Kamminga of De Dolfijn finished 2nd in 2:10.34. That takes six tenths off of his previous best (2:10.98), which was also the old Dutch national record. He now ranks 7th in the world.

Several women had very fast sprint times in the 50s of stroke. Ranomi Kromowidjojo and Maaike de Waard, both of Dutch club PSV, broke 26 seconds in the 50 fly. Kromowidjojo got the win at 25.85, just over de Waard’s 25.88, as they now rank 3rd and 4th in the world this year.

Isabel-Marie Gose (2002) going 1.59 in the 200 Free. Giving Germany a little bit of hope after a few years devoid of any real up-and-coming stars.