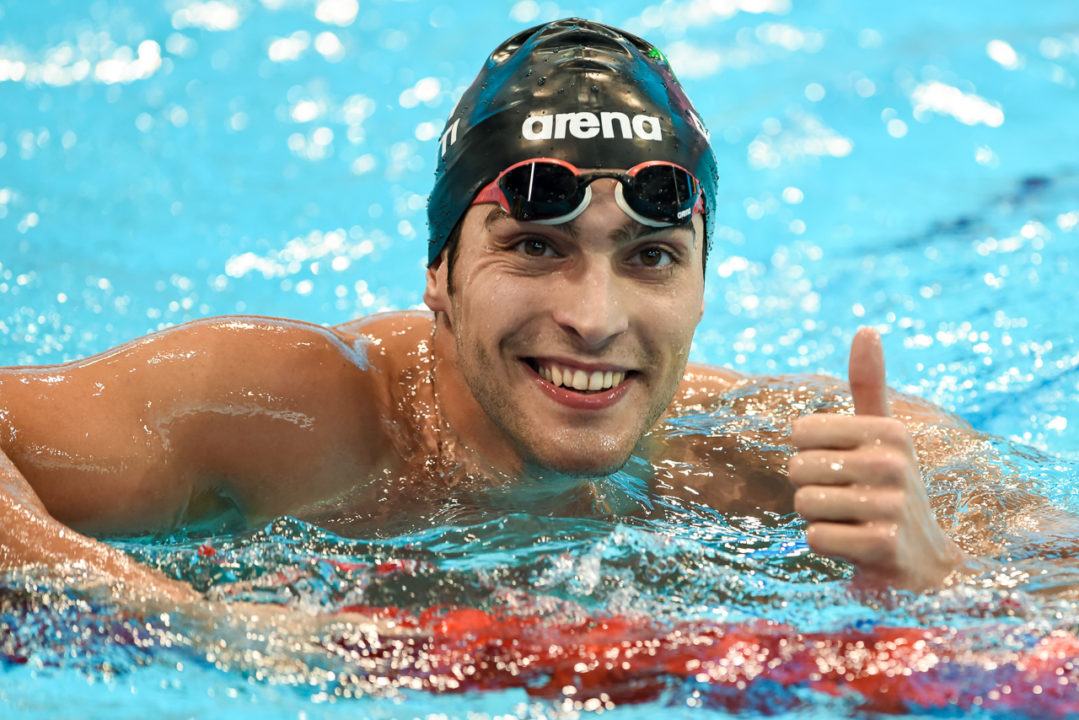 On day 3 of the Italian Championships, Matteo Restivo popped a 1:56.55 in the 200m backstroke to break the national record. The old record was a 1:56.91 done in 2009 by Damiano Lestingi at the Rome World Championships. Restivo, who was barely under 2 minutes in the morning, is now the 2nd Italian to ever break 1:57 in this event.

Restivo ranks 3rd in the world so far this season.

Paltrinieri was 2nd in the race, going 7:48.89, which is still the world’s 2nd-fastest time this season. He previously held the world’s top time before this race.

The Italians have a potential great 400 free relay in preparation .Great to see that ..they have always been close to the top 4,5 teams in the world .

I can see Detti winning the 1500, 800, and being one of many contenders in the 400. He had a great 1500 at the olympics last year and seems tp still be improving significantly. Looking forward to Budapest

Hopefully one of the Italians can knock out Sun Yangs 1500 wr and his textile 800 record at worlds this summer. That 7:32 800 suited and probably doped world record is so crazy.

they seem to have the powerhouses to do it . Its time those 2 WR to go down .

Italian doctors are back in business.

8
-7
Reply
ERVINFORTHEWIN
Reply to  Whatever