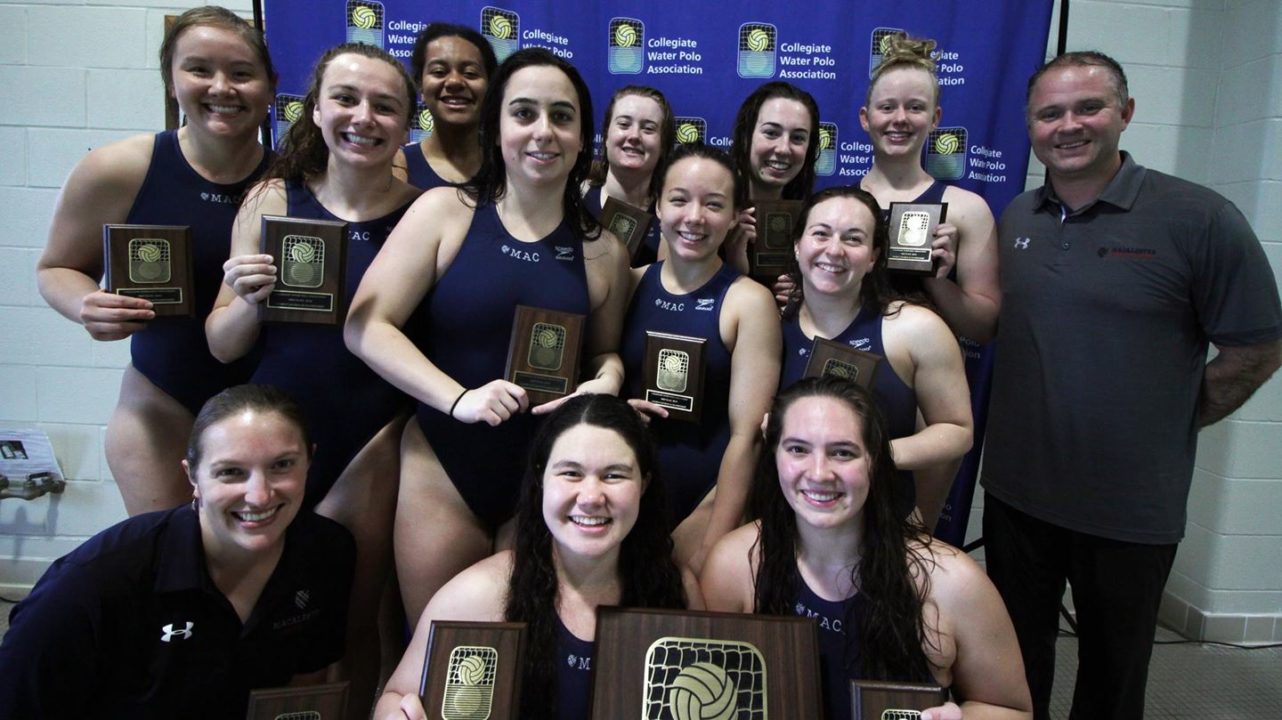 Rankings held across the board as there were no upsets among the CWPA Top 25 on Week 12 of women's water polo action, but the CWPA Division III title was awarded as were a handful of other conference crowns. Current photo via Macalester Athletics

Rankings held steady across the board as there were no upsets among the CWPA Top 25 on Week 12 of women’s water polo action, but the CWPA Division III title was awarded as were a handful of other conference crowns.

With the victory, Stanford locked down the top seed in the MPSF Championships, April 26-28.

Hawaii grabbed a share of the Big West title with its victory.

#18 Wagner secured the top seed in the MAAC Championship after notching its fourth-straight regular season crown.

The CWPA Division III title was decided over 17 matches in New London, Connecticut. In the end, Macalester edged out Austin College 8-5 for the title on Sunday, sewing up its third consecutive championship.

Monmouth finished third with a 12-7 win over Carthage. Grove City bested Wittenberg 11-9 for fifth place, while Connecticut College nailed down seventh place with a 13-9 victory over Penn State Behrend.

The tournament was not without drama as Washington & Jefferson coach Nikola Malezanov received a red card in the fourth quarter of the team’s Saturday contest with Penn State Behrend, forcing the team to forfeit as the Presidents did not have another institutional representative or assistant coach to take over in his stead.

The CWPA cited the NCAA rules in ended that contest and also forced the team to forfeit its next contest due to Malezanov’s suspension due to the red card.

“Further, the person receiving the red card is automatically suspended from the next traditional season game, preventing Malezanov from coaching W&J’s next contest.”