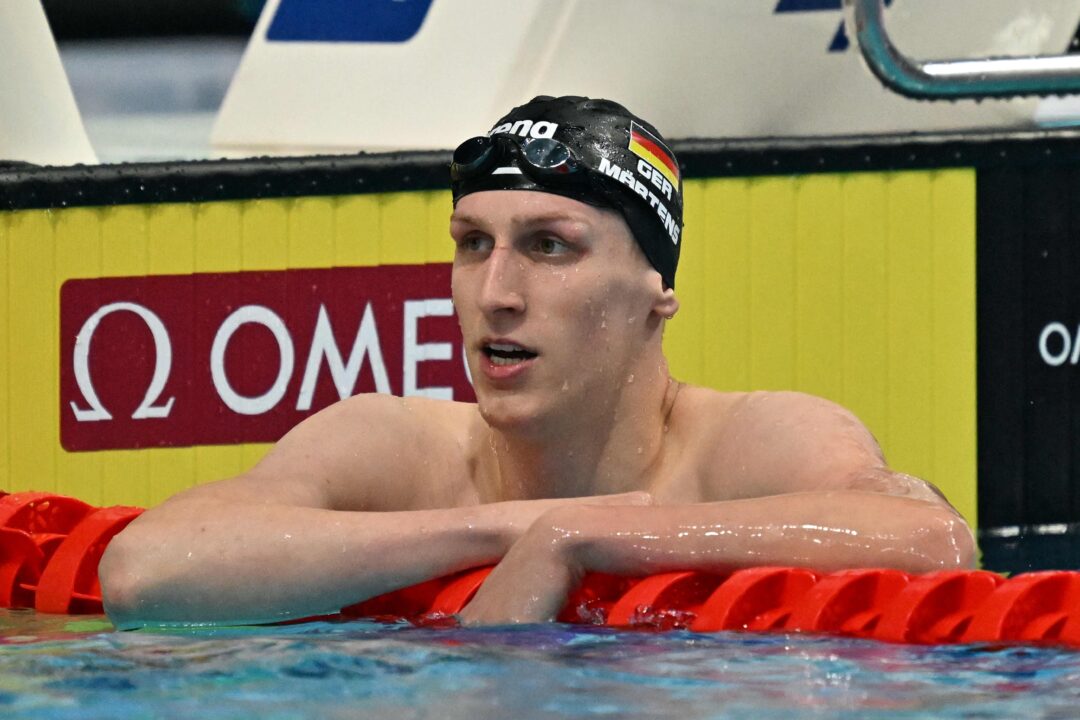 The swim frankly shattered the previous Championship Record of 3:44.01, which was set by Italy's Gabriele Detti at the 2016 European Championships. Stock photo via Gian Mattia D'Alberto LaPresse

Germany hadn’t won Gold yet at these European Championships, until the 400 freestyles came around. Following German teammate Isabel Gose’s victory in the women’s 400 free just minutes before, Lukas Maertens dove in and tore to a new Championship Record to win Gold in the men’s 400 free. The swim frankly shattered the previous Championship Record of 3:44.01, which was set by Italy’s Gabriele Detti at the 2016 European Championships. Detti, coincidentally, was racing in the final tonight, where he finished 7th in 3:47.34.

While the swim was enough to smash the CR, he still sits well off the German Record in the event. That’s because the German Record is also the World Record, held by the legendary Paul Bierdermann at 3:40.07. It’s widely considered to be one of the fastest (hardest to break) men’s records currently on the books. Maertens lifetime best sits at 3:41.60, a time which he swam at the Stockholm Open in April of this year.

Here is a split comparison between Maerten’s swim tonight and Detti’s previous Championship Record from the 2016 Championships:

Maertens was out significantly faster than Detti and held a steadier pace. Detti did come home a little faster than Maertens did, but it wasn’t nearly enough to make up the deficit from earlier in the race.