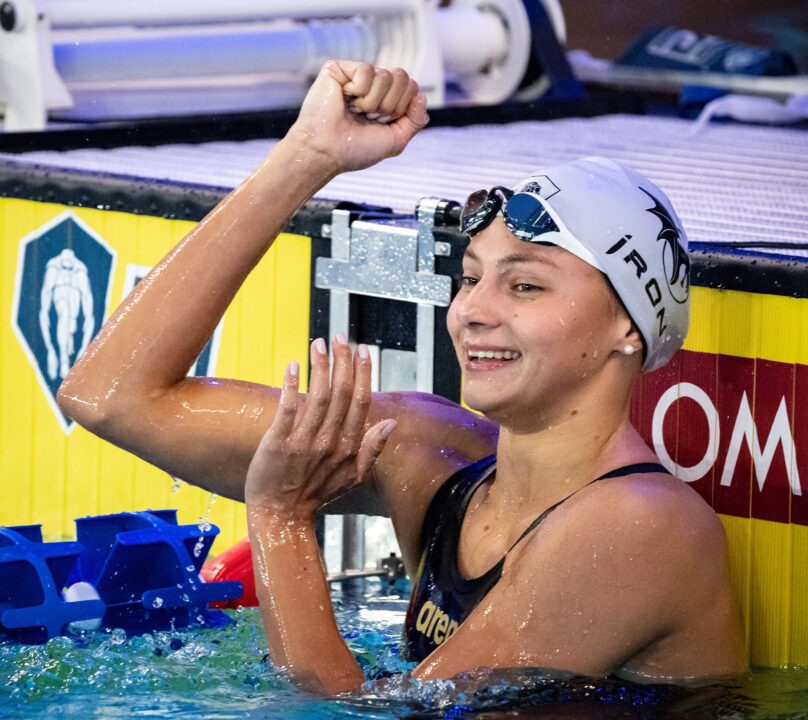 2020 European champion Barbora Seemanova has joined coach Luka Gabrilo and Kayla Sanchez in the Philippines to train in the lead-up to Paris 2024. Archive photo via Giorgio Scala / Deepbluemedia / Insidefoto

Luka Gabrilo has been tabbed to guide two accomplished swimmers, Kayla Sanchez and Barbora Seemanova, through the next two years in the lead-up to the 2024 Olympic Games in Paris.

Earlier this month, Philippine Swimming Inc. (PSI) announced the hiring of Gabrilo to coach Sanchez, who previously represented Canada internationally but revealed plans of swimming for the Philippines moving forward in July.

Czech native Barbora Seemanova, the 2020 European champion in the women’s 200 freestyle, announced that she’ll be joining Gabrilo and Sanchez in Manila earlier this week in an Instagram post.

The two-time Olympian is coming off a difficult 12 months that included being forced to sit out of both the World and European Championships this summer due to illness and injury.

“First in his agenda in Manila is to instill a culture of professionalism and a high-performance mindset to our coaches,’’ the PSI said of Gabrilo in a statement.

Sanchez and Seemanova were recently seen training with Russian swimmer Anna Egorova, who joined them for a two-week training block earlier this month.

Sanchez and Gabrilo have received a warm welcome from the Philippines in recent days, including visiting the Senate on Tuesday and the House of Representatives on Wednesday.

In addition to his role as the High Performance Consultant with the PSI, Gabrilo is also running a pro team, Zenta Pro Swimming, and is actively collaborating with the Philippines, Romanian and Czech federations.

The 21-year-old Sanchez is a two-time Olympic medalist, having won a silver medal in Tokyo on the Canadian women’s 400 free relay and a bronze medal on the women’s 400 medley relay.

Born in Singapore to Filipino parents, Sanchez said she felt a strong connection to her family history which ultimately led to this decision to change her sporting citizenship.

Seemanova, 22, won the 200 free at the 2020 European Championships in Budapest and was also the silver medalist in the same event at the 2021 SC Euros in Kazan.

After making her Olympic debut in Rio at the age of 16, Seemanova was an individual finalist in the 200 free at the Tokyo 2020 Games, placing sixth overall in a time of 1:55.45.

Given that both of their strengths lie in the same events (100/200 free), Sanchez and Seemanova will seemingly make for great training partners in the lead-up to Paris.

I wish she would stay for Canada selfishly because of how elite she is. However, I wish her the best on her new journey and can’t wait to see what she can accomplish

I am from the Philippines ang I hope she stays in Canada knowing how corrupt the sports officials here. Sports and politics really don’t go well.

The pool looks nice and inviting. Interesting path for these swimmer and the coach to take