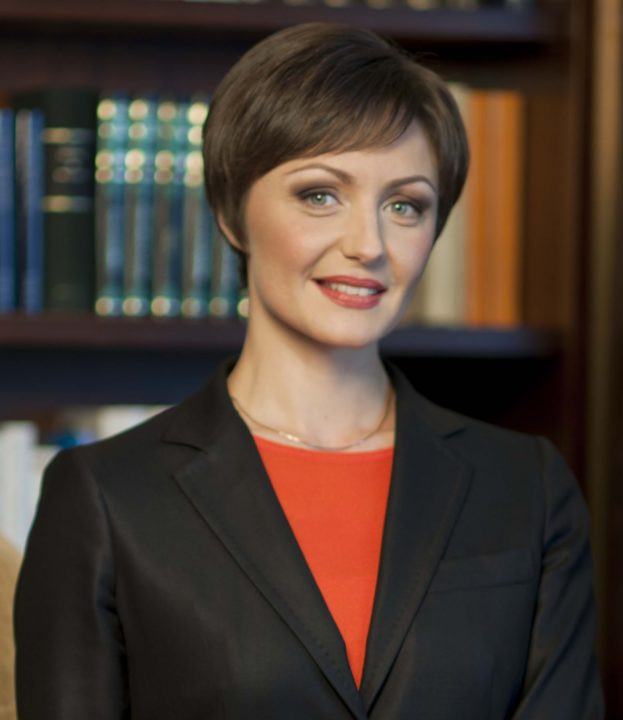 Anastasia Davydova, a five-time Olympic gold medalist and the current Secretary General of the Russian Olympic Committee, has fled the country. Archive photo via ISHOF

Russian synchronized swimming great Anastasia Davydova, who is also currently serving as the secretary general of the Russian Olympic Committee (ROC), has fled the country.

Davydova told staff at her synchronized swimming base in Moscow that she had no plans on returning to Russia, according to Russia’s state-run news agency TASS.

The five-time Olympic champion leaving the country comes in the wake of President Vladimir Putin‘s partial mobilization order of military reserves to fight in the war with Ukraine, though she hasn’t released an official statement on the matter. The order resulted in Russia’s Ministry of Sports to call on its national governing bodies to cancel training camps abroad.

Davydova, 39, reportedly had a good relationship with Putin, having been awarded Russia’s “Order of Merit” last year. She also carried the Russian flag at the 2012 Olympics in London.

The ROC said that Davydova has not resigned as secretary general, a role she’s held since May 2014.

In a statement, the ROC said that, via translation, “the operational effectiveness of the organization does not depend on the personal situation of the Secretary General.”

Russia’s national team head coach, Tatyana Pokrovskaya, added that she was in the dark on Davydova’s decision.

“For me, this is a surprise. I can’t even say anything about this.”

Davydova won five Olympic titles throughout her distinguished career, earning double gold in the duet and team competitions in both Athens (2004) and Beijing (2008) before adding a third consecutive team title in London (2012).

In addition to her Olympic success, she was also a 13-time world champion.

Also making headlines in the past 24 hours is the resignation of one of Russia’s top judges, Konstantin Aranovsky, who has been known to be a critic of Russia’s police protocols.

Since the Russian invasion of Ukraine in February, the United Nations has estimated that 6,000 Ukrainian civilians have been killed, in addition to tens-of-thousands of soldiers (estimates range widely depending on the source).

I wonder how long Putin will last

A bit of a stretch for swim swam coverage.
Considering all the synchro news coverage that inundates this web site. And Russian political news. But whatever, at one point a pool was involved so all good.

Wonderful news! Anastasia is a close friend. So glad to know she is finally safe. I suspect she made it to Stockholm.

Russians figuring out they need to pick sides: Russia or civilized societies.
How far we’ve come in a year:
https://swimswam.com/multiple-russian-cities-reportedly-bidding-on-2036-summer-olympics/

In the Daily Mail article linked in the story
>In 2019 she hosted him at Russia’s synchronised swimming centre which is named after her.
How awkward.

it would be an interesting synchronized swimming even like Formula Drifting for cars. 2 participants, from different teams, follow the other’s lead.

I guess the FSB will be running low on Polonium-210 before long
— so many of the righteous that they have to erase!

Russia is a joke and has been for 100 years.

LMAO has not resigned bruh she gone