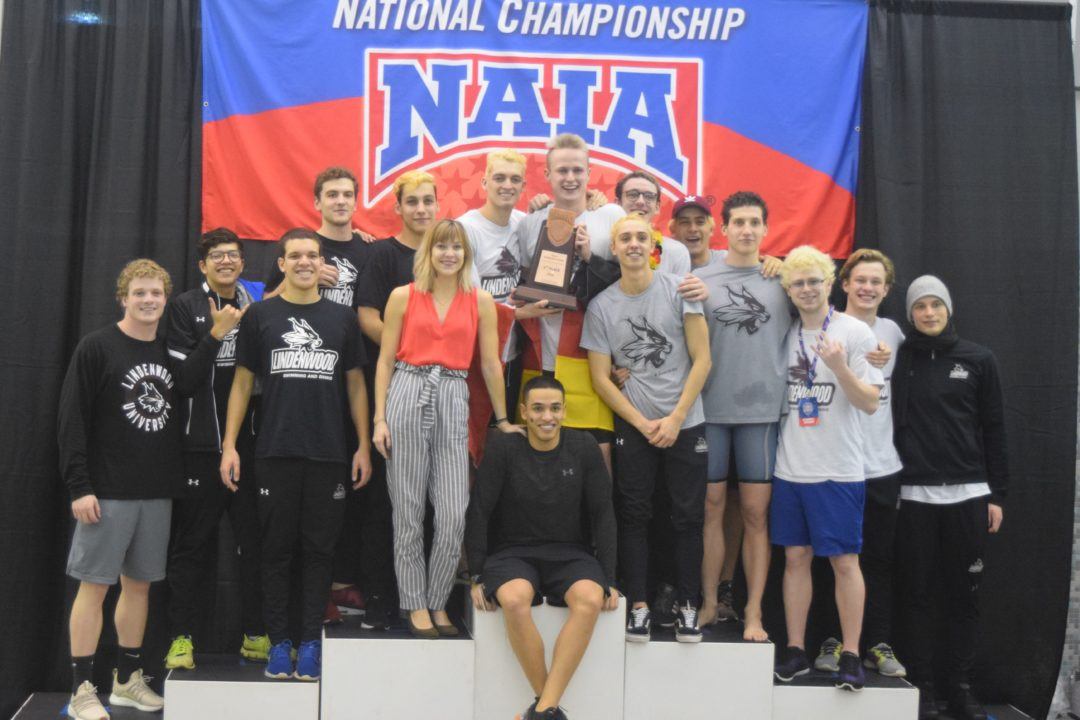 Occoquan Swimming Inc.’s Stephen Gilbert has committed to swim for Milligan College beginning fall 2020. He will be joining the school’s class of 2024.

Keiser’s Jan Suchan is top seed in the 200 back on Day 4 at 2020 NAIA National Championships, where the Seahawks are shooting for their 3rd straight title.

SCAD takes a sizeable lead into the final night of competition at 2020 NAIA Nationals. The Bees are poised to win their third consecutive NAIA title.

Day 4 has traditionally been a strong one for SCAD but Keiser holds the advantage in the race for the team title.

SCAD had a strong morning on Day 4 of 2020 NAIA Nationals. The Bees are expected to claim their third consecutive team title tonight.

Lindenwood announced the move earlier this month. Lindenwood reached across the border to Illinois in 2003, acquiring the campus in Belleville, Illinois. It originally housed many of Lindenwood’s graduate programs and accelerated evening programs. In 2009, the school added undergraduate day programs to the Belleville campus, along with athletics programs.

The Lindenwood press release says that “all undergraduate students attending the Belleville campus at that time will be able to complete their degrees at the St. Charles campus with all scholarship packages fully intact, including athletic scholarships.” That would suggest that swimmers at Lindenwood Belleville could jump to the main Lindenwood program in St. Charles.

The Lindenwood – Belleville Lynx competed in the Mid-South Conference and in the NAIA. Their men finished 3rd nationally in the NAIA (out of 18 teams), and their women finished 9th of 25 teams in 2019. The remaining Lindenwood campus in St. Charles also has men’s and women’s swimming & diving: the Lindenwood Lions compete in the New South Intercollegiate Swim Conference and the NCAA’s Division II. The men were 7th nationally and the women 9th this past year.

i wonder if Lindenwood is haveing overall financial issues? Heard they are dropping out of the New South conference. Might be due to travel budget? Hopefully dropping swimming is not on their horizon

No Lindenwood is not having financial trouble. They just joined the GLVC which is a bigger conference.

Some of the nicest group of people I’ve raced against. Best of luck to them all.