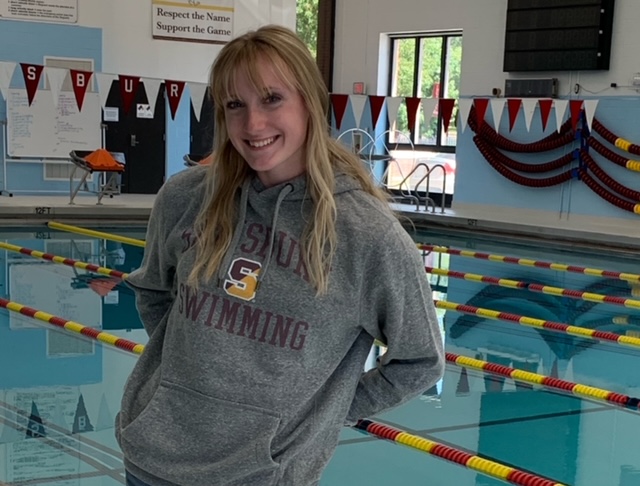 Lily Jean Golden of Church Hill, Maryland has announced her verbal commitment to swim for Division III Salisbury University in the fall of 2022.  Current photo via Lily Jean Golden

Golden is a senior at Queen Anne’s County High School in Centreville, Maryland and competes for Eastern Shore Aquatics. In the past 6 months, Golden has posted personal best times in all of her events, and earned her first USA Swimming “A” cuts in the 50 freestyle SCY and LCM. Combined with a rapidly improving backstroke, Golden could prove to be a valuable pick-up for Sailsbury when she arrives on campus next season.

With her best times in both the 100 and 200 backstroke, Golden would already rank as the fastest backstroker on Sailsbury’s roster this season. In addition, her best times in both the 50 and 100 freestyle would rank her second on the roster, giving her the potential to be a contributor on multiple relays as well. Currently, Salisbury’s top sprint freestyler is freshman Kara Graybill who has already been 26.71/58.18 this season. The two swimmers will overlap for the next three seasons with Golden’s commitment.

During the 2019-2020 season, Salisbury competed in the CAC Conference, with the women finishing 4th at the 2020 CAC Championships. Since then, however, the team has moved to the Metro Conference, which includes teams such as St. Francis, Merchant Marine, and TCNJ. With the cancellation of the 2020-2021 season due to the pandemic, this is Sailsbury’s first season with the Metro conference.

With her commitment, Golden is set to join Alexa Hilty, Samatha Watson, Hannah Ress, Nikki Chiricos, and Morgan Adams in Sailsbury’s class of 2026.