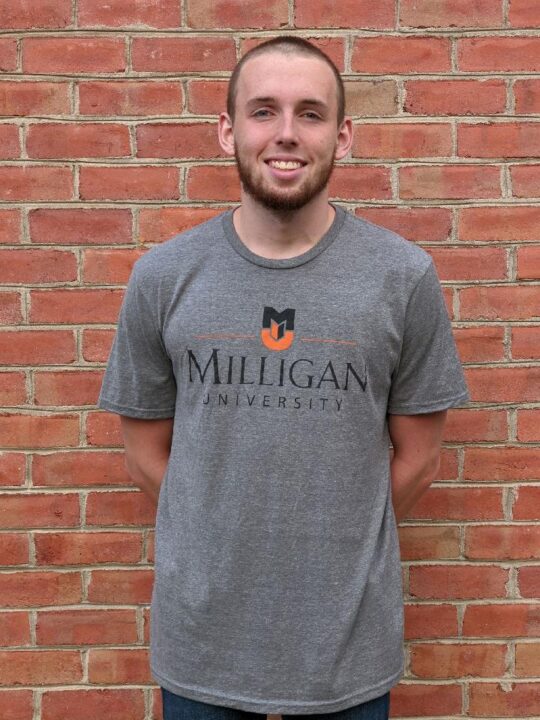 Jacob Miller of Roanoke, Virginia has announced his commitment to the NAIA's Milligan University for the fall of 2022, joining a large class of 2026. Current photo via Jacob Miller

Jacob Miller of Roanoke, Virginia has announced his commitment to Milligan University for the fall of 2022.

“I am thrilled to announce my commitment to continue my swimming and academic career at Milligan University. I would like to thank my family, coaches, and teammates for their continued support and helping me reach my goals. I also want to thank Coach Scarth and his swim team for welcoming me. I’m excited to be a part of such an amazing swim team! Go WaterBuffs!!!”

When he arrives at Milligan next fall, Miller should have an immediate impact as both an individual and relay swimmer. With his best times in the 500 freestyle and 1650 freestyle, Miller would rank as the fastest swimmer on Milligan’s roster this season. He would also rank 3rd in the 200 freestyle and 2nd in the 1000 freestyle, with multiple NAIA Championship Provisional cuts under his belt.

At the 2021 Appalachian Athletic Conference Championships,  Milligan ran away with the men’s team title, scoring a total of 819 points and winning 10 events. The team was led by Stephen Gilbert, who won the 200 IM, 400 IM, and 200 back. Ben Hawkins led the team in the 500 freestyle, claiming first with a time of 4:42.30. Hawkins is currently a junior at Milligan and will overlap one season with Miller when he arrives on campus next year.