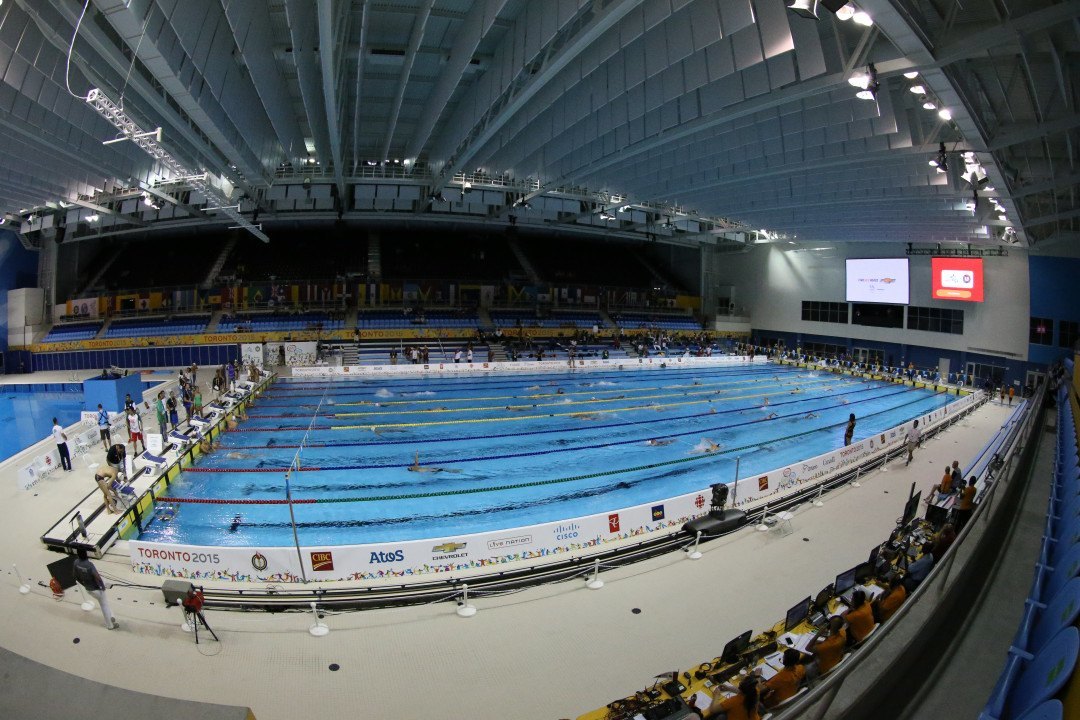 16-year-old Joshua Liendo broke the Canadian 15-17 Age Group Record that had stood since 2009 in the men's 50 freestyle in Toronto. Archive photo via Chris Tanouye

Day 2 of the Ontario Junior International meet in Toronto saw plenty of fast swims go down, highlighted by an incredible performance from North York’s Joshua Liendo in the men’s 50 freestyle.

In addition to the meet record, he also broke the Canadian 15-17 age group record of 22.17 in the prelims, and then dropped another four-tenths off it in the final. That old mark was set by Etobicoke’s Hassaan Abdel-Khalik back in 2009. Coming into the meet as the 71st fastest Canadian in history, Liendo is now 3rd all-time behind Olympians Brent Hayden (21.34) and Yuri Kisil (21.50).

At the end of the session, Liendo led off his North York team in 48.32 on the 400 free relay, getting under his best time by a full second, as they won in a time of 3:21.05 to miss the meet record by just half a second.

Peters picked up another win towards the end of the session in the 50 fly. He torched the meet record in the prelims in 23.08, taking out the old mark of 24.26, and followed up with the win in the final in 23.13.

Another standout on the day was Great Britain’s Freya Anderson, who followed up her 200 free win on night 1 with victories in both the 50 and 400 tonight.

IT TOO COLD UP THAR TA BE SWIMMIN…YALL COME SOUTH

27 states in the US are partially north of Toronto. -3 are fully. #themoreyouknow #knowledgeispower