Liberty’s Chennault Tabbed as CCSA Diver of the Week 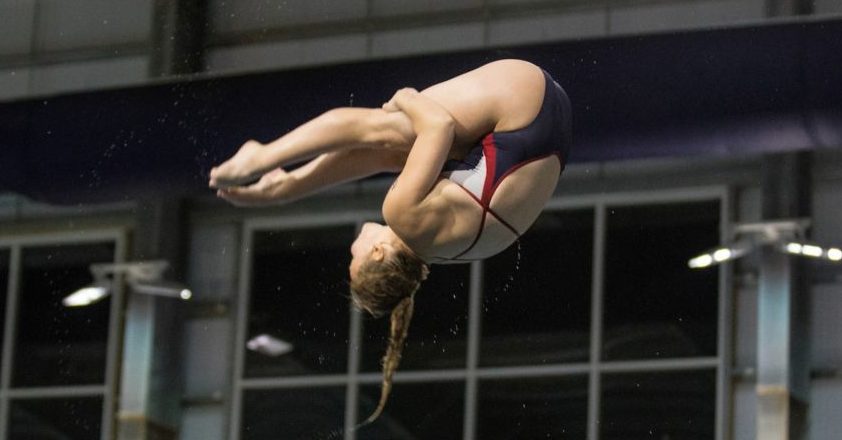 After posting a pair of record-setting scores at the Liberty Diving Invitational, Liberty freshman Lauren Chennault has been named the Coastal Collegiate Sports Association (CCSA) Women’s Diver of the Week. Current photo via Liberty Athletics

LYNCHBURG, Va. – After posting a pair of record-setting scores at the Liberty Diving Invitational, Liberty freshman Lauren Chennault has been named the Coastal Collegiate Sports Association (CCSA) Women’s Diver of the Week.

Hailing from Coppell, Texas, Chennault earned the highest scores of any CCSA diver at any point this season on Friday. She scored a program-record 317.85 in three meter diving and set a new program record with 287.10 points in one-meter diving. Chennault won both boards with Zone Qualifying scores, and her three-meter score (317.85) is 21.85 points higher than the second-best score in the CCSA this season. The freshman broke her own three-meter diving program record by 30 points.

The Lady Flames are now in final preparations for the 2019 CCSA Swimming & Diving Championships, which will be held at the Liberty Natatorium for the first time, Feb. 20-23.