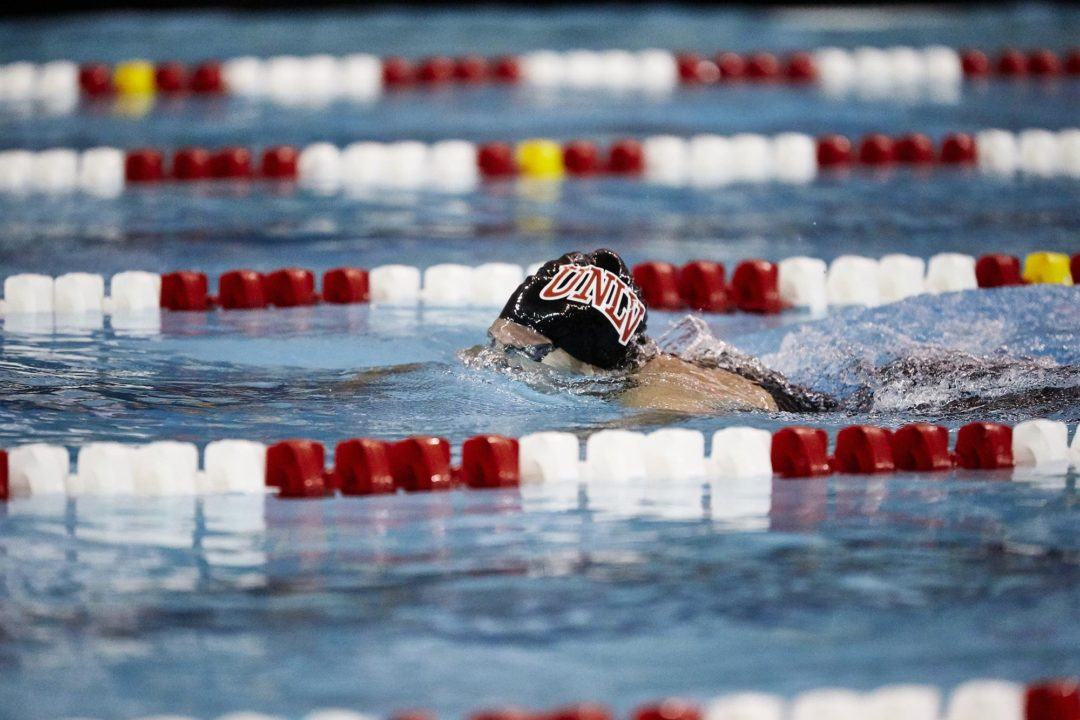 Armijo, a Houston, Texas native, picked up the Mountain West Women’s Swimmer of the Week following an amazing performance this past weekend in the last dual meet of the season against Grand Canyon. Armijo provided the highlight of the weekend for the Rebel women as she won both of her individual events, 200 free and 400 IM. She now holds the 21st fastest time in the Mountain West in the 200 free (1:50.85) and another top-30 time in the 400 IM (4:29.51).

Zukov, a Minsk, Belarus native, was awarded the Western Athletic Conference Men’s Swimmer of the Week after a phenomenal performance during the dual meet against Grand Canyon. Zukov was the leader of the Rebel men squad as he won three individual events and led off the 400 medley relay to finish runner-up. He won the 100 breast (56.90), the 200 breast (2:03.10), and the 400 IM (4:00.38) which was a personal-best and is the seventh fastest time in the conference.

NEXT FOR THE REBELS: The Rebel women will head to Minneapolis in two weeks (Feb. 20-23) for the Mountain West Championships. The Rebel men hit the road to Houston at the end of the month (Feb. 27-March 2) for the Western Athletic Conference Championships.