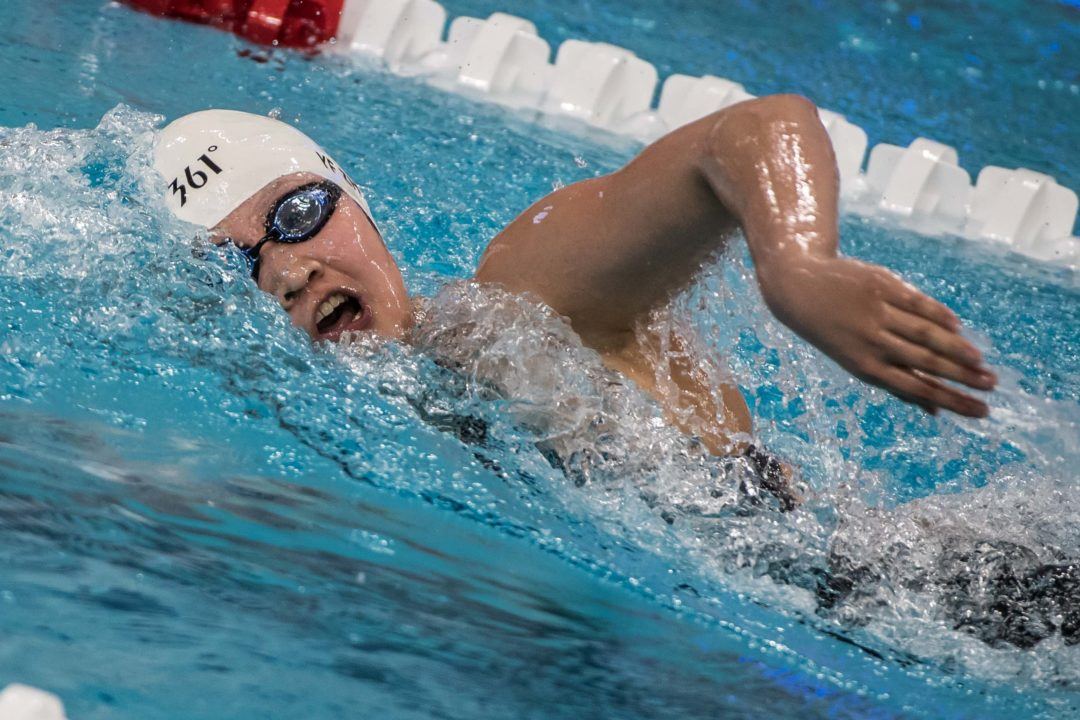 The 2022 FINA Short Course World Championships are nearly upon us and we now know who will be representing the nation of China in Melbourne.

A 29-strong lineup will soon descend upon the Melbourne Sports & Aquatic Centre, with China trying to improve upon its haul of 7 medals from last year in Abu Dhabi.

Another high-profile Chinese woman named to the roster is Yang Junxuan.

At the aforementioned Chinese Nationals, 20-year-old Yang became the first woman ever from her nation to delve under the 52-second mark in the SCM 100m freestyle. The previous Chinese national record stood at the 52.04 Zhu Menghui put up in the semi-finals of the 2018 FINA Short Course World Championships.

In Melbourne, Yang is set to contest the 100m and 200m free events.

Additional key women include national record holder Tang Qianting and multi-Olympic medalist Zhang Yufei. The former is entered in the 50m/100m/200m breast and 100m IM events while the latter will take on 50m and 100m free along with the 50m fly races, opting out of the 100m and 200m fly.

Among the men’s side of the roster is Qin Haiyang, the athlete who notched a new national record in the 100m breaststroke already this season.  Qin stopped the clock in a time of 56.31 to top the podium in Beijing in October.

Newly-minted World Junior Record holder Chen Juner is also set to make several appearances. Although not yet ratified by FINA, Chen punched a 200m fly time of 1:49.61 to rank as the #2 swimmer in the world headed into Melbourne.

definitely a much much stronger competition than Abu Dhabi last year

Absolutely. Not even close. Russia missing does lower the quality very slightly, but nowhere near as much as Australia (and basically the majority of stars from every country) missing last year.

It will start stronger AND likely end stronger – remember how Abu Dhabi was a pretty weak field to begin with, and then atrophied further as omicron crept up and sent people home – either by infection, or preemptively.

Russia not racing sucks, but weren’t they just recently sanctioned AGAIN and/or warned again about unethical practices for doping checks?

No? Not really? The only recent negative news on Russian anti-doping is WADA appealing to have the findings in the case of Valieva (figure skater) made public.

The task force on doping in Russian athletics (track & field, race walking, etc) gave a mostly-positive report about Russia’s progress. They said there was evidence of “cultural change.”