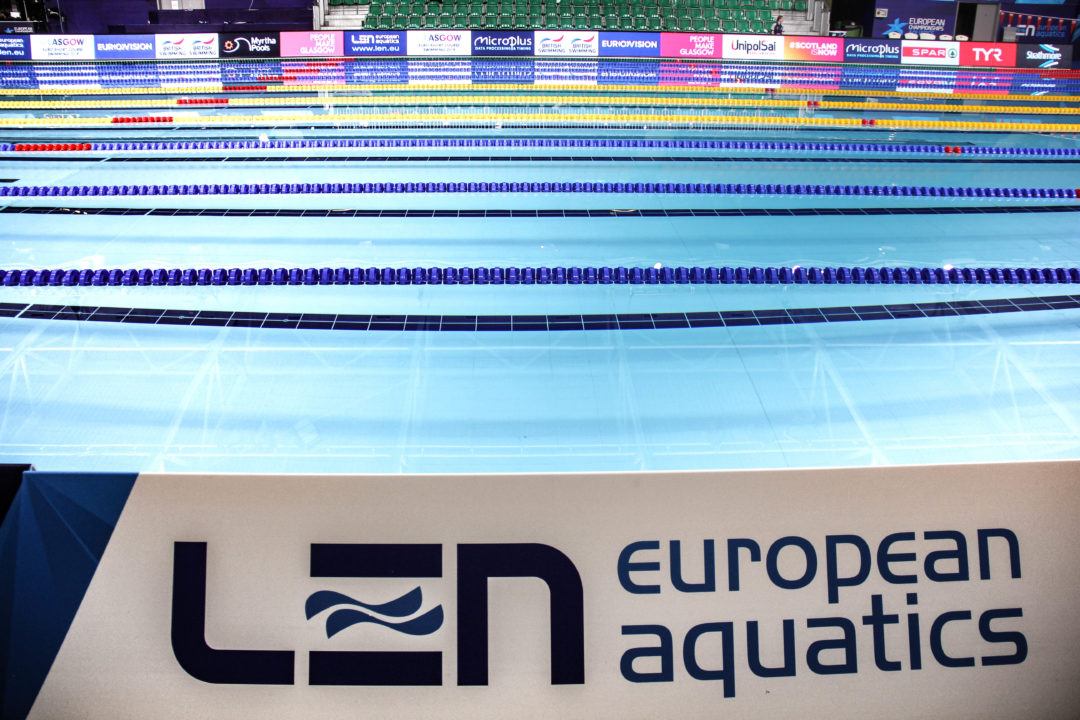 Kučinskas' resignation has led to the reshuffling of four positions within the LEN Bureau. Stock photo via Giusy Cisale

LEN, the European governing body of aquatic sports, announced a new-look Bureau on Tuesday, including the resignation of Tomas Kučinskas as Treasurer.

According to LEN, Kučinskas has stepped down from his role due to personal reasons and will be succeeded by Dutch native Andida Bouma, who previously served as General Secretary.

Kučinskas, a Lithuanian native, notably resigned as President of the Lithuanian Swimming Federation in June.

He served in the role of treasurer within the LEN for 10 months, having taken the position in early February when the new Bureau was elected at an Extraordinary Congress meeting.

With Bouma shifting into her new role, former Vice President Noam Zwi of Israel is the new General Secretary, and the vice president vacany will now be filled by Austrian Arno Pajeck.

Bouma has eight years of experience as the Treasurer of the Royal Dutch Swimming Federation (KNZB).

“We are sad that Tomas Kucinskas has resigned as Treasurer but we respect his decision and are grateful for all the efforts he made on behalf of the sport both in his native Lithuania and for LEN,” LEN President Antonio Silva said.

“Tomas played a crucial role in the winning campaign of Europe 4 All Aquatics and, as Treasurer, he brought his business experience to bear to ensure that LEN had the correct financial processes and strategy in place. He also played a central role in recruiting the new LEN team.

“We will miss Tomas but I am very confident that Andida, whose professional experience includes senior roles in the financial industry, will provide the necessary financial management and strategic thinking for LEN moving forwards.

“I would also like to thank Noam Zwi and Arno Pajek, who are both highly experienced administrators, for stepping up and accepting to support the new LEN team as General Secretary and Vice President respectively.”

Following this reshuffle, there remains one vacant position on the LEN Bureau. The organization is requesting national federations to propose candidates for this role.