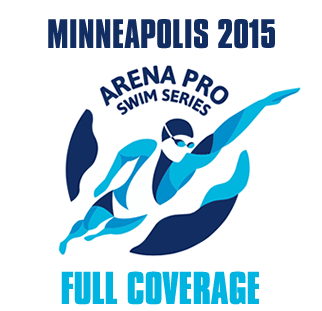 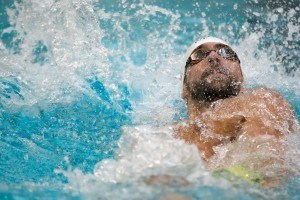 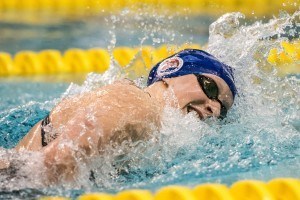 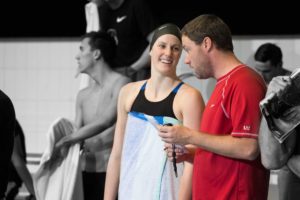 Another race, another pool record for NCAP’s Ledecky. Ledecky was out a tad faster tonight than in heats, and she came home harder as well. Ledecky split 1:59.13/2:03.42 to establish not only a new pool record of 4:02.67, but also the fastest time in the world so far this season.

Leah Smith of Virginia was only 1/100 off her personal best, finishing in second place with 4:04.67, also a world top-3. Smith was two body lengths behind Ledecky at the 300 wall, but she outsplit her by a second on the seventh 50 and began to move up on the world record-holder. Ledecky, who breathes to her right, clearly saw Smith gaining on her as they raced for home; she put her legs into it and finished with 29.55, more than 2 seconds faster than her previous 50.