Lebara’s Race The World Returns For 2021 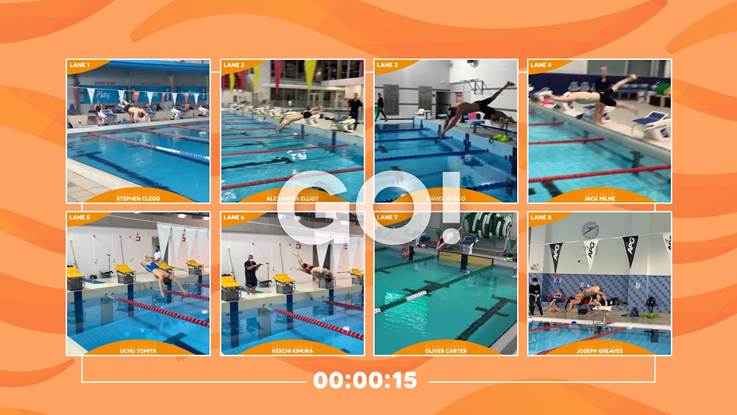 Entries have opened for the second staging of Lebara’s Race The World – the unique virtual para-swimming competition in which athletes are able to race international rivals from their own home pool environment.

The debut edition of the international event in December 2020, hosted by British Para-Swimming, attracted 72 athletes from 25 countries, with every race of the live stream finals including at least one finalist from the 2019 London World Para Swimming Championships – a testament to the standard of competitors involved.

Stephen Clegg recorded the highest points tally of all finals as he earned the top prize in both the Men’s 50m and 100m mixed-classification divisions, whilst Toni Shaw also broke through the 1000 point mark in the Women’s 100m Butterfly to cap a number of impressive performances.

Building on the success of the inaugural competition, Lebara’s Race The World will once again use a ‘virtual racing points system’ to create a level playing field across the multi-classification racing format, whilst key revisions include a switch to long course and an adaptation to the events on offer, as the online meet looks to provide an alternative and broad set of competition opportunities across the series progression.

The event programme will now include the 150m Individual Medley and 200m Individual Medley disciplines, with the four 100m strokes (freestyle, backstroke, butterfly and breaststroke) remaining on the schedule. Submissions will be subjected to race analysis and officiating checks, with results revealed in a live stream event on 1 May that showcases the top eight point-scoring athletes from each race in full in a series of virtual finals.

The entry window opens today (15 March) and closes on 1 April, with race submissions to be uploaded during the competition window of 8 – 19 April. Further information on entry, event conditions, prize structure and filming requirements can be found on the Lebara’s Race the World event page.

Rob Aubry, British Para-Swimming Head Coach, said: “Following the great success of Lebara’s Race The World in 2020, it’s fantastic to be able to announce the second round of this innovative virtual format. Feedback from athletes and coaches across the global para-swimming community has been hugely positive and has really helped us shape the development of the series as an internationally inclusive competition.

“While the competition welcomes athletes of all levels to pit themselves against some of the world’s best, we acknowledge that it’s been a tough year for many with regards to pool access. Our intention remains to continue building on the format, to provide even more opportunities in the future and further showcase our wonderful sport.

“In a Paralympic world where prize money is extremely limited, it also great that we are able to give prize money to both British and international athletes who excel in Lebara’s Race The World.”

Rajesh Dongre, Commercial Director at Lebara Mobile UK, added: “We are delighted to partner with British Para-Swimming for the second edition of Race the World – a unique new virtual format to resume competitive swimming for tho