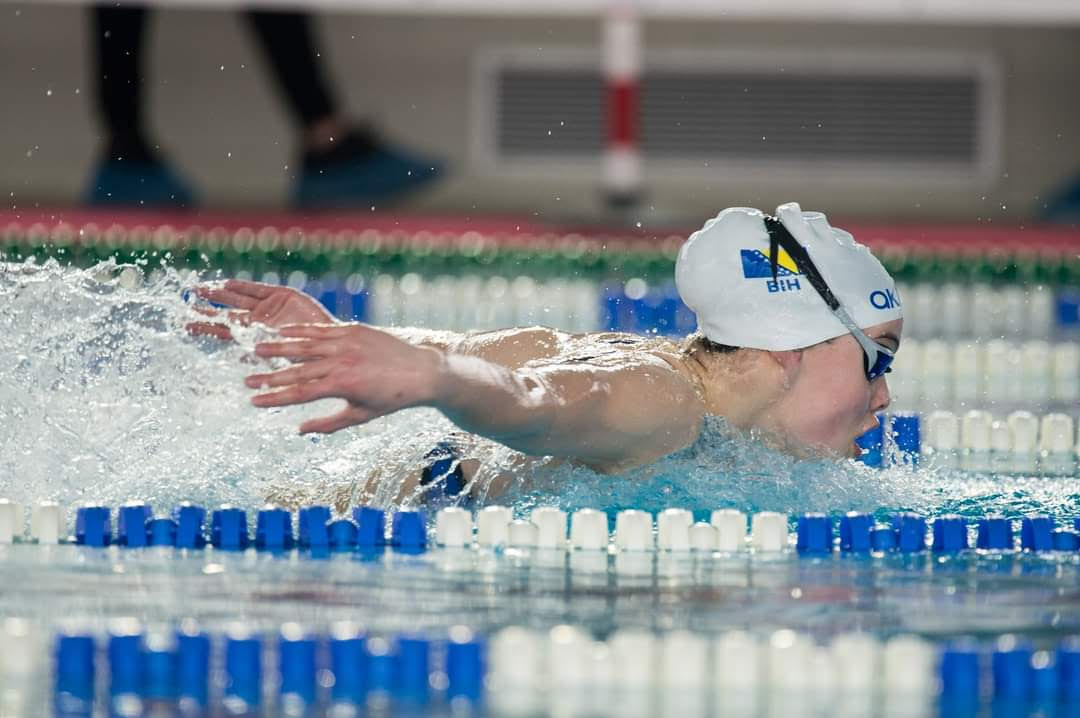 Lana Pudar, a 15-year old from Bosnia and Herzegovina, swam a 57.37 in the women’s 100 butterfly on Friday at the Serbian Open, breaking Amina Kajtaz’s record of 59.08 from 2019. This was a historic swim from Pudar as she became the first Bosnian swimmer to achieve an Olympic “A” cut, dipping under the mark of 57.92.

With this swim, Pudar jumps up to second in the world this year in the 100 butterfly, ahead of Sarah Sjostrom’s 57.34 she swam in February just before injuring her elbow.

Pudar has progressed significantly in this event over the past three months. Prior to December, her best time was 1:01.76 from June 2019. In December she broke 1:00 for the first time as she swam 59.84.

While her splits from her 59.84 in December are unavailable, we can see that she’s been able to hold her speed better over the second half of the race as she has dropped the differential between her 50s by a second.

Video of her swim can be seen below:

Pudar, who turned 15 in January, trains with the Orka Swim Team in Mostar, her hometown. She’s been swimming with the club since she was five years old under coach Alena Cemalovic. Puda has ten pool sessions with two to three dryland sessions per week.

Djurdje Matic of Serbia achieved an Olympic “B” cut in the 100 butterfly. Matic won the event 53.45, dropping 0.18 seconds from a swim in December.

Colleges will be after her. Great work.

I think her 57.37 would actually make her ahead of Hansson

Stunning swim; Congrats to her. This event is more stacked with talent than the mens 200 breast.