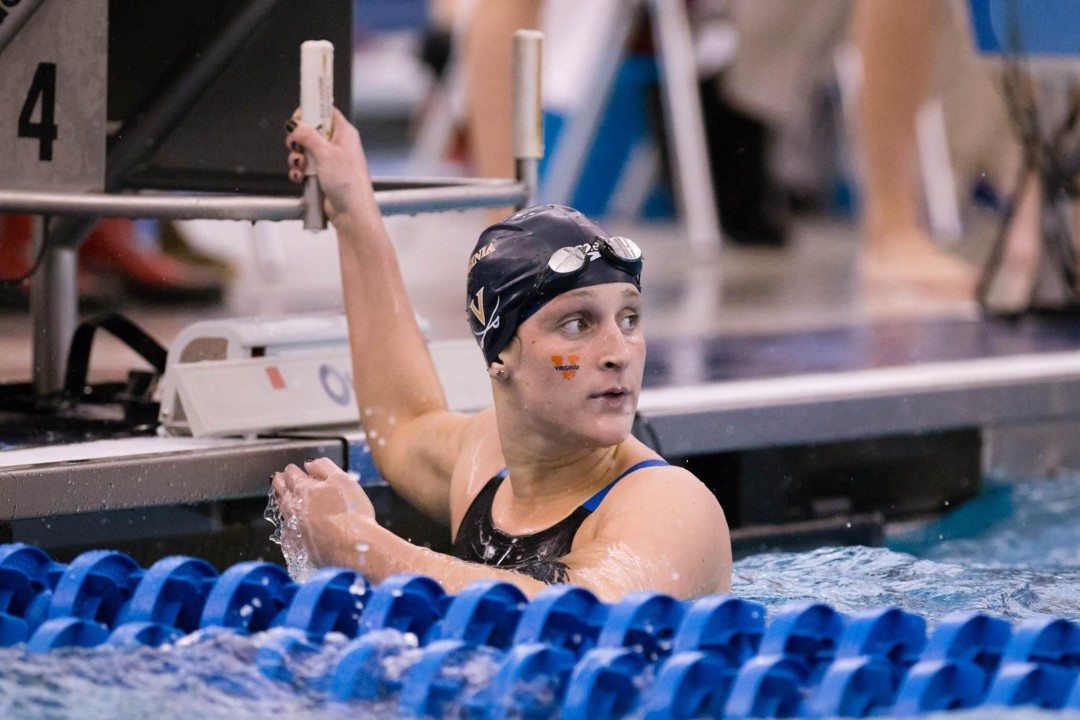 At the 2016 Arena PSS – Indianapolis, Leah Smith crushed the 400 free final, winning in a time of 4:03.33. That’s the 4th-best on America’s top performers list, and it also makes her the 15th-fastest performer ever in this event with all nations considered.

Smith moved past American legend Janet Evans on this list, and is getting closer and closer to the territory held by Allison Schmitt and Katie Hoff.

After much positive speculation over Smith’s potential for the American 800 free relay in Rio following her back-to-back 1:56 lifetime bests at this meet in Indy, she now looks prepared to get some glory of her own in the form of an individual Olympic medal. Her time tonight, in addition to making marks in the history books, vaults her to the 2nd-fastest time in the world this year behind only Ledecky.

The 400 free will in all likeliness be a race for second behind Ledecky in Rio, and Smith is putting herself in a great position to win that fight for silver. Of course, she has to first qualify for the Olympics in Omaha at the end of the month, but with her performances this year, Smith has really distanced herself from the pack and made herself a favorite for the 2nd spot on the U.S. team in this event.

Yes! Looking like a medal for Leah in Rio!

I already called it in my 400 free prediction!

Oops.. my bad.
I think it’s very bad taste of me to keep reminding everyone that one tiny point of my expansive ever-changing “predictions” may come true. My sincere apology.

Go Leah! Oakland Catholic is so Proud of you!