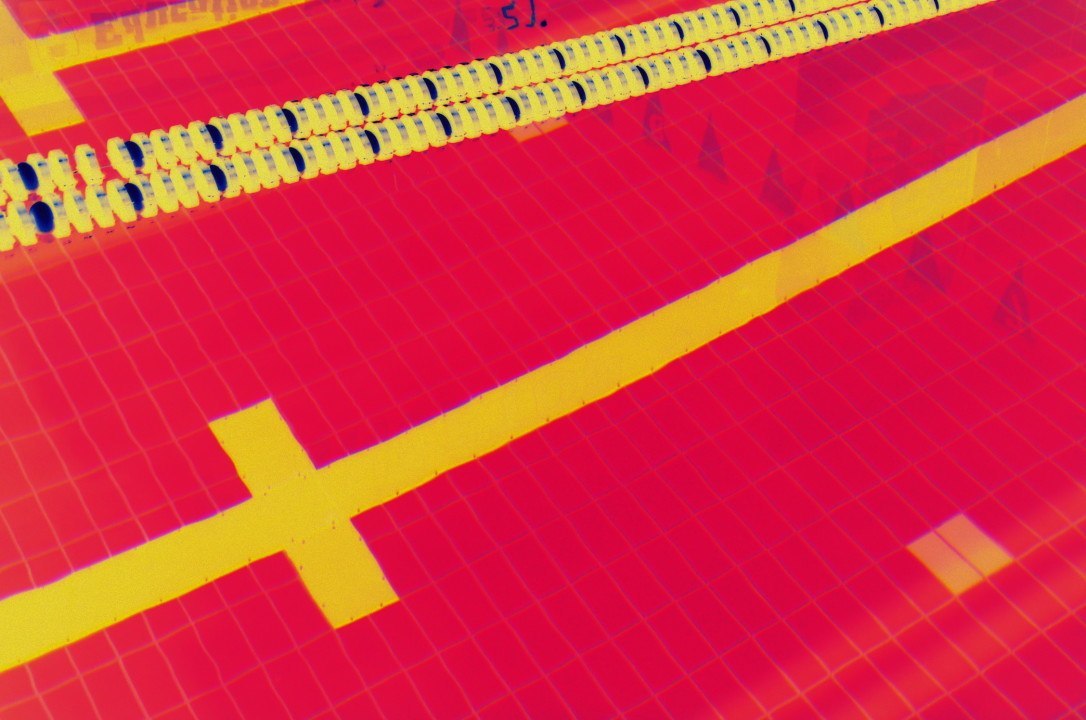 Day Three of the MPSF Championships in Monterey Park, California, featured some movements in the team races that will make for an exciting Saturday. Santa Barbara jumped from fourth to second in the men’s contest, but Pacific and Hawaii are still within striking range. BYU remains way out front, and Cal Poly is 62 points behind Hawaii. Davis leads the women’s contest, and there are exciting battles going on for second (between Hawaii and Santa Barbara) and fourth (between Pacific and BYU).

Pacific sophomore Kenna Ramey just held off defending champion Hilvy Cheung of Davis and Hawaii’s Erin McNulty for the win in the 100 fly. Ramey touched in 52.57 to Cheung’s 52.73; McNulty was third with 53.08.

UC Santa Barbara’s Kevin Mendoza claimed victory in the men’s 100 fly in the tightest race of the day. Mendoza came to the wall in 47.81 ahead of Pacific teammates Stewart Harrison (47.93) and Makoa Haneberg (47.94).

Franziska Weidner of Hawaii broke her second MPSF record of the meet with a 1:46.23 win in the 200 free. Santa Barbara’s Lauren Vosseler earned silver in 1:48.08, while Mackenna Briggs of San Diego rounded out the podium with 1:49.16.

Jake Taylor of BYU was just shy of his MPSF record from 2015 but nonetheless blew away the competition in winning the 100 back with 45.74. Pacific’s Haneberg was runner-up with 48.15, just 5/100 ahead of Preston Jenkins of BYU.

Hawaii’s Aimee Harrison added a title in 3-meter diving to the one she earned on the 1-meter board, scoring 329.15 points in finals. Her prelims score of 349.25 broke the MPSF record. Teammate Lauren Hall was second with 321.65 points; BYU’s Alex Kottcamp placed third with 310.25.

Kevin Dreesen of BYU also swept the diving events, scoring  406.25 points to take the men’s 3-meter title. Amund Gismervik of Hawaii came in second with 399.65, while teammate Johan Sandell was third with 356.35.