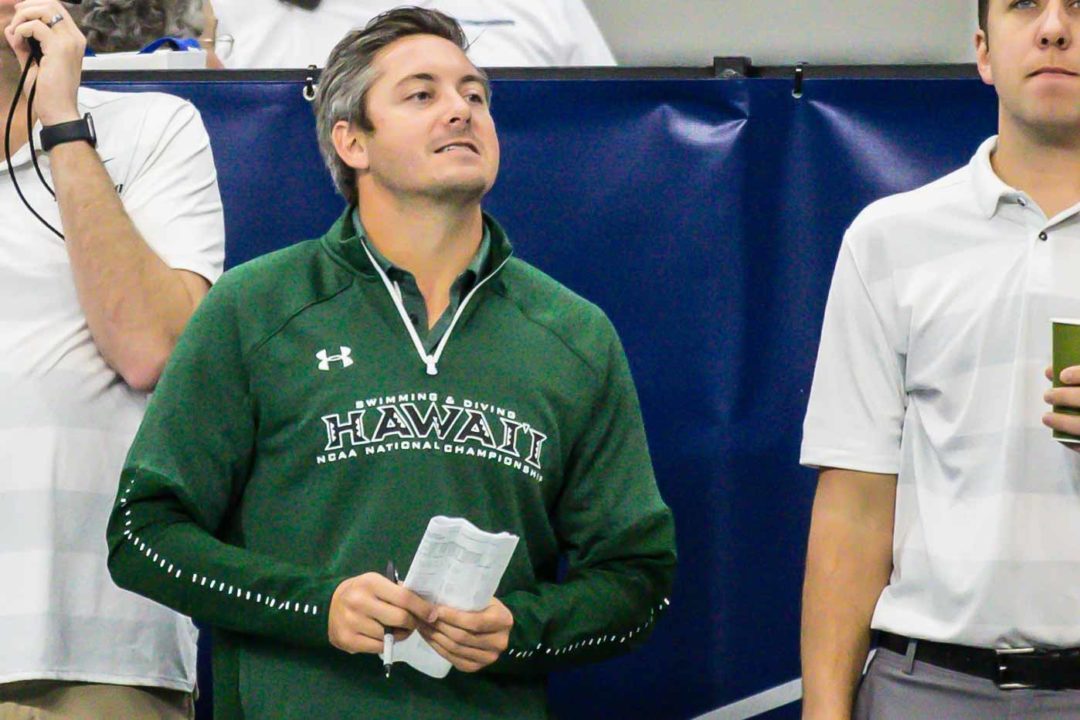 The Hawaii women extended their lead today on day 3 of the MPSF Champs, climbing just over 50 points ahead of BYU. Archive photo via Jack Spitser/Spitser Photography

The Hawaii women extended their lead today on day 3 of the MPSF Champs, climbing just over 50 points ahead of BYU. Meanwhile, UC Davis made a move, surpassing UC Santa Barbara to take a solid hold of third.

Hawaii was led by Lucia Lassman today, who dropped a 53.49 to win the 100 fly, defending her 2020 title. Lassman, a senior has now won the last three MPSF titles in the event, stretching back to 2019.

BYU was relentless after Lassman’s win, though, claiming the next three events straight. First, freshman Summer Murphy posted a 4:22.90 to edge Hawaii junior Katie Strachan (4:24.87). Both were a bit off of lifetime bests of 4:19 and change.

UC Santa Barbara freshman Dani Carter staged an update in the 100 back, unseating defending champ Karolina Hajkova. Carter was 54.54 to Hajkova’s 54.76, as Hajkova tied for second with BYU’s Brynn Sproul. Last year, Hajkova won in 52.73 and qualified for NCAAs, beating Sproul’s 53.98. Meanwhile, Carter is already proving to be a star for UCSB after transferring from Pac-12 powerhouse Cal.