La Rocca Out, Vyatchanin In At NC ALP’38 As Elite Athletes Fume 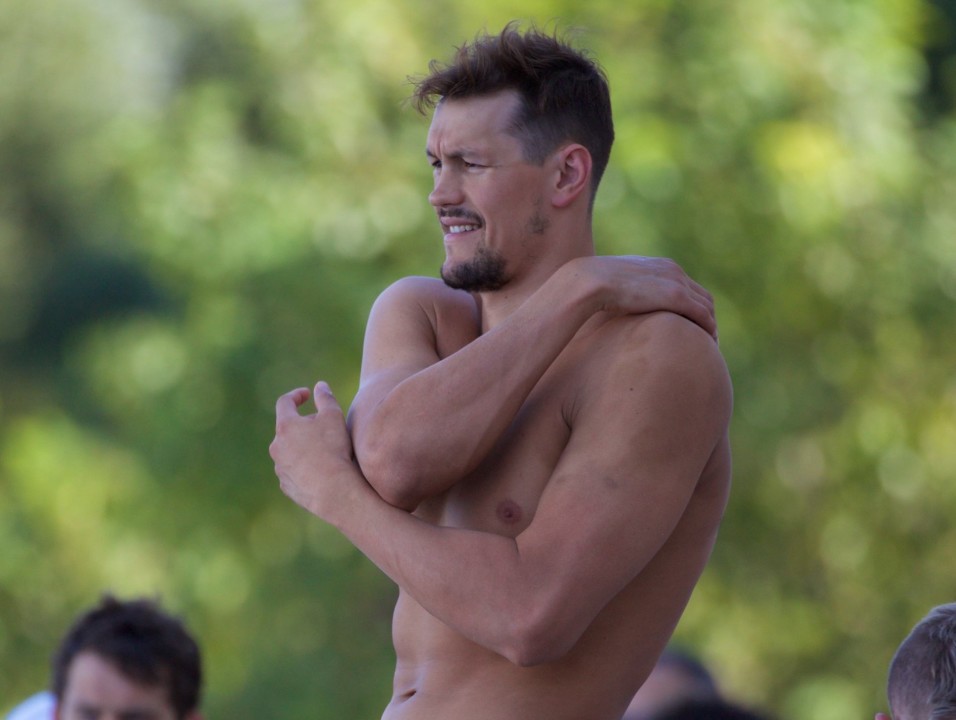 There's a shake-up happening at the elite French training hub NAUTIC CLUB ALP’38, as Head Coach Guy La Rocca was suddenly removed from his position, while former Russian-turned-American-national-teamer Arkady Vyatchanin steps in to take over the role. Archive photo via “Rafael/Domeyko Photography”

There’s a shake-up happening at the elite French training hub NAUTIC CLUB ALP’38, as Head Coach Guy La Rocca was suddenly removed from his position, while former Russian-turned-American-national-teamer Arkady Vyatchanin steps in to take over the role.

Representing one of the largest teams in France with an estimated 2300 members, of which 500 are competitive swimmers, NC ALP’38 is one of the few teams in France offering college education in parallel to elite training. In France, there are no college swimming programs and clubs are the only place to pursue athletic excellence, but NC ALP’38’s elite athletes Elite athletes are training in the pool in the middle of the University of Grenoble Alpes campus and attend college simultaneously.

At the helm of the elite squad was Guy La Rocca, but, as was communicated abruptly to the elite swimmers themselves August 1st, he will not be returning this season. The impacted swimmers are not happy about this announcement. In an open letter obtained by Le Sport Dauphinois, athletes wrote following regarding the surprise departure of La Rocca (Google translated):

WHY ???? Guy coaches the high level for twenty years, is a coach recognized for his coaching various teams of France throughout his career, and propelled a swimmer trained locally, in an Olympic final … more Guy coaches us since several years (9 years for Auréane, 3 years for Lucas and Benjamin) and has adapted to meet each of our personal projects. All new entrants in this group over the last 3 years have been drawn to the recognition and results of Guy’s swimmers. Recall that this season 2017-2018 has been the most successful since the creation of the NcAlp38 with a 11th place in the elite rankings. It should also be remembered that this ranking depends ONLY on the results of the swimmers at the various elite France championships, to know, WE. It’s about our projects, our performance and our results, for which Guy fought every day. And a project is not built from one year to another … What about our joint projects (between Guy and his swimmers) for two years (minimum) to come ????? Apart from his recognized qualities of high level coach, Guy is a reflection of human values, and had the ability to get some of his swimmers moments of doubt related to difficult personal experiences. His attention, his understanding and his interest in our objectives played a decisive role in our performances. For us, this decision stems not only from a certain lack of gratitude towards him and our results, but also from a lack of humanity on your part. our performance and results, for which Guy was fighting every day. And a project is not built from one year to another.

The open letter also questioned the outcome of a requested co-Head Coach position, which was listed on SwimSwam.com/jobs, as follows:

The Nautic Club Alp’38 (NC ALP’38) is seeking a co Head Coach to lead our elite swim group in partnership with our Head coach (Guy La Rocca).  The co Head coach is an integral part to the overall success and legacy of the team. He should have extensive coaching experience, a proven track record of excellence and a passion for working with people. He should have the ability to establish effective working relationships with the other Head Coach and the staff.

Instead of a 2nd coach, La Rocca has been removed and two-time Olympic bronze medalist Vyatchanin is reportedly moving in as his replacement. The elite swimmers penning the open letter are indeed skeptical of the arrangement.

A job offer (see attached) published on July 15, 2018 on the Swimswam site, mentioned a request for a helper for the “head coach” GUY LA ROCCA. What happened in 15 days ????? In addition, how can you justify the arrival of a Russian / American “trainer”, having NO EXPERIENCE recognized as a coach and no recognized diploma in France (to date) ??? The Olympic medals do not guarantee in any case a quality of coach, able to answer our personal projects …

Another question raised by the athletes is whether La Rocca would have been ousted had Jordan Pothain decided to stay and train at the club. Instead, earlier this year the Olympian moved to Nice to train with Fabrice Pellerin, the former coach of Olympic champion Yannick Agnel.

You can read the elite swimming squad’s open letter in its entirety here.

The “Man Without a Country” has landed in France.

I’m sorry to hear about Mr. La Rocca’s troubles, but I’m sincerely hoping Arkady will enjoy his coaching duties and have some success with this club! I have always admired him as a swimmer. I hope he can inspire a new generation of athletes with his knowledge and passion for our sport!