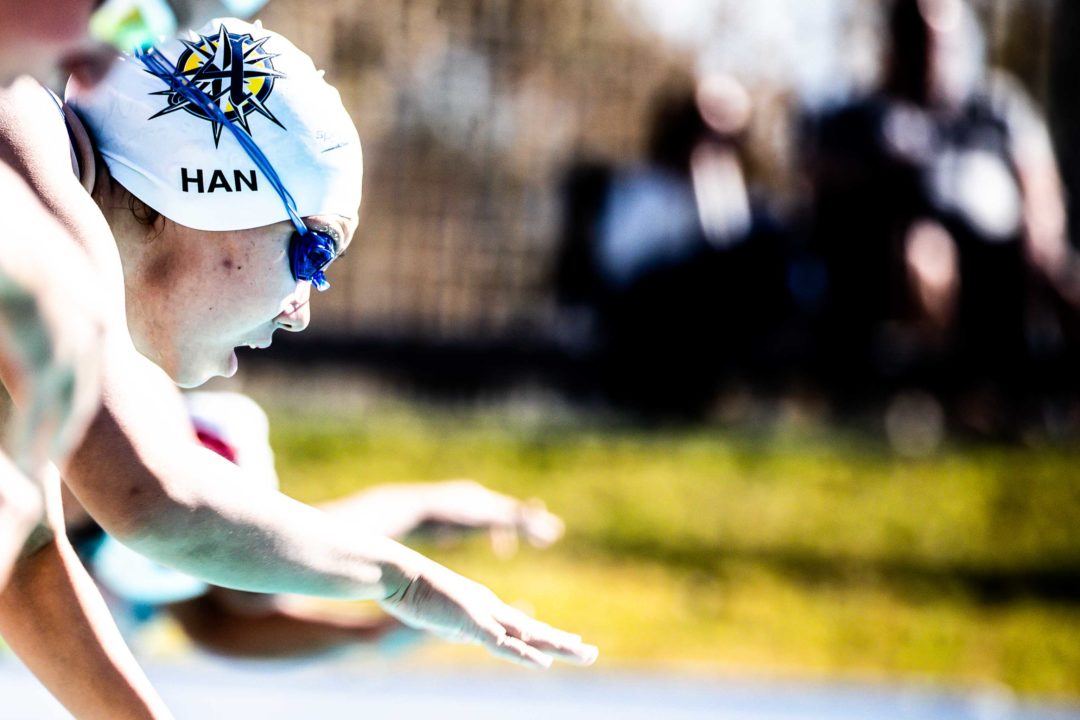 The swim broke the previous 11-12 NAG of 4:18.41, which was held by Claire Tuggle. Stock photo via Jack Spitser/Spitser Photography

Here is a split comparison between Han’s record-breaking swim last night, and Tuggle’s previous NAG in the event:

The biggest difference between the two swims is that Han had just one split of 33 seconds, and it was low – 33.04. On the other hand, Tuggle had 3 consecutive splits of 33, and all 3 were slower than Han’s.

Han’s swim was just 0.76 seconds away from the Olympic Trials Wave I cut of 4:16.89, which would have made her the youngest swimmer to qualify for the meet.

Need to wait one or two more years to see, need some heights for fast swimming.

*without wearing a tech suit

Well it’s a tech suit, not a knee skin

Would be fun if she swam it again and went for the Wave 1 cut this weekend!

on a less upbeat note, it’s hard not to notice how little Claire improved in 4 years. I don’t think 400 free is her best event, I wish her big drops. Regardless, downvotes are deserved

Let’s see how UVA goes. It will be exciting to see her improvements.