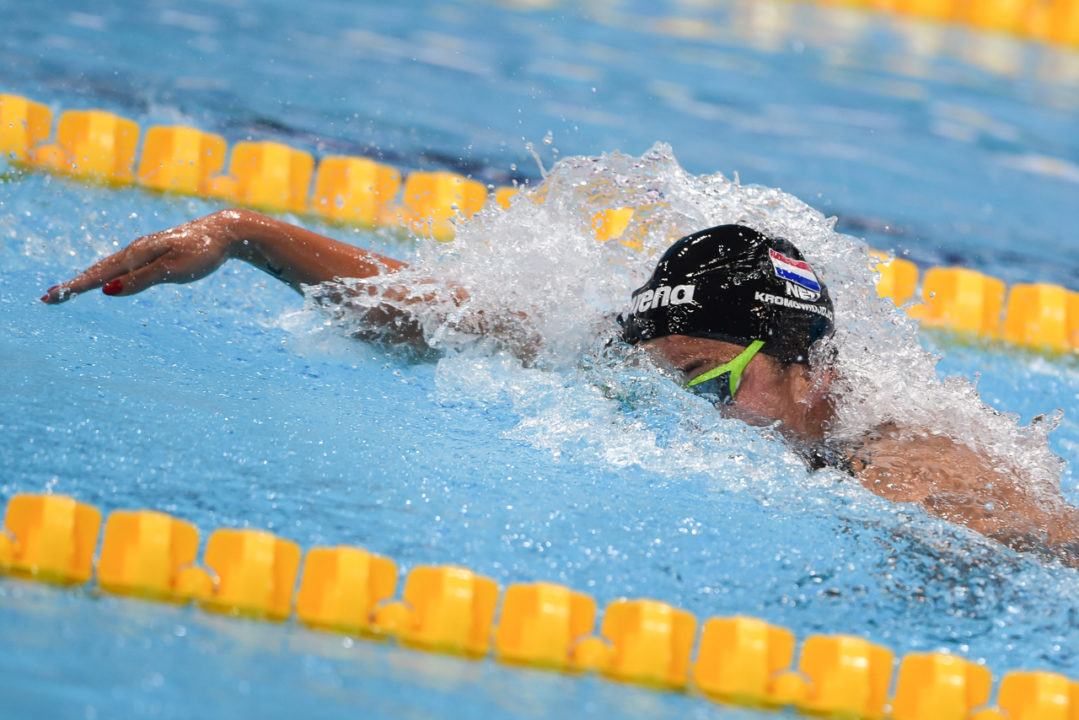 The 2016 Netherlands Short Course Open Championships came to a close today, but not before additional age group records bit the dust. Yesterday we saw Kim Busch lower her own butterfly 18-yr age group, while today the NTC swimmer cranked out new age record in the 50m fly race. Busch threw down a time of 25.95 to score a silver behind winner Maaike de Waard, who took the gold in the race with a time of 25.36.

Busch then went on to tie Tamara van Vliet for splash n’ dash gold, each roaring to the wall in a final time of 24.55. Another rising star, Marrit Steenbergen, was in the B-final of that 50 free race, scorching a new 16-year age group 50 free record of 25.03.

Steenbergen had already notched a new Dutch 16-year  age mark in the 200m freestyle yesterday and added the 100m IM age record to her haul today. Finishing in 59.89, the 2016 Olympian was the only female to earn a sub-minute time in the A-final.

Jesse Puts, the Aquarijn swimmer who lowered his own 50m freestyle national record yesterday, struck gold again today by winning the 100m event. His time of 47.50 was enough to beat runner-up Kyle Stolk, who earned one of the only other sub-48 marks with his 47.92. Bronze in the men’s 100m free race went to Nyls Korstanje, whose time of 47.97 checks in as a new 17-yr age group record.

While opting out of finals, 2012 Olympic Champion Ranomi Kromowidjojo got some practice in via the morning session The sprint star, who has just recently been back in the pool training after injury, threw down the fastest 50m freestyle time of the morning, taking the top seed in 23.97. She then earned a time of 25.84 to finish behind de Waard’s 25.26 in the 50m butterfly prelim.