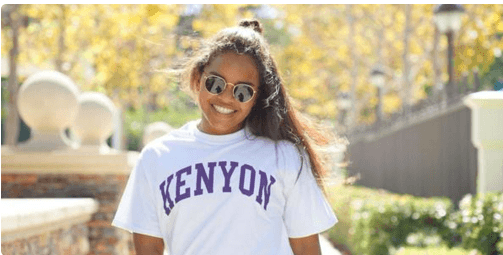 The Kenyon Ladies will have some royalty joining their ranks next season. Princess Ferguson-Nguyen of the Aquazot Swim Club out in Irvine, California recently tweeted about her intent to compete for the Ladies next season. Ferguson-Nguyen competed for her high school, University, last season, helping her team take 25th with a lead off on the 14th place 200 freestyle relay and an anchor on he 11th place 200 medley relay at the 2015 CIF-SS Division 1 Championship.

When describing why she chose Kenyon, Ferguson-Nguyen said, “The atmosphere not only within the team but the school was incredible. Everyone was so welcoming and they made me feel at home. […] Also, the campus is beautiful and their swim program and academics are amazing.”

Ferguson-Nguyen said that it is her intent to pursue pre-med while at Kenyon. Her hobby of taking pictures will find also ample ground in the Gothic magnificence of the campus.

Ferguson-Nguyen’s best times are a mix of LCM and SCY as follow:

The Ladies finished 4th at the Division III NCAA Championships last season, marking the 34th consecutive year of being top 4 at the meet. The Ladies still hold a record number of consecutive first place finishes (17) at the NCAA meet on the women’s side and will be looking to reclaim the title in the coming year.

Congrats! Welcome to the Kenyon family.

Congrats Princess! She works hard and Kenyon is lucky to have her!