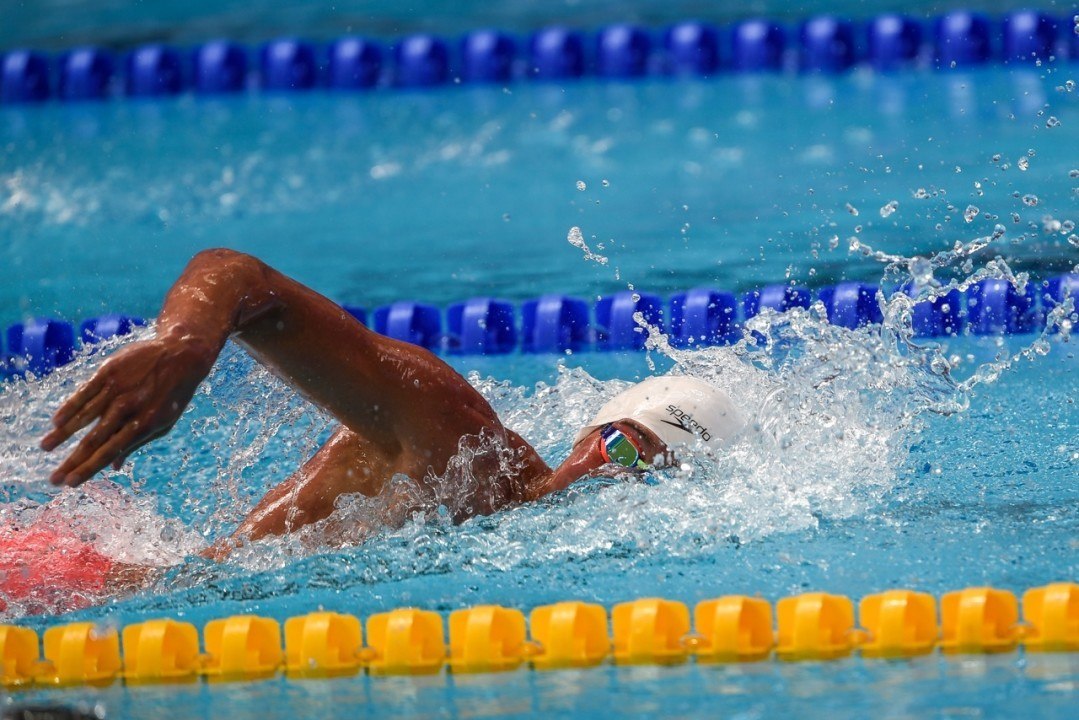 Swim coaches around the world will soon be forced to add a caveat to one of the most basic swimming adages regarding the freestyle flipturn.

While this will still be the preferred technique for freestyle-only races, in the last leg of IM and medley relay events, this will no longer be a legal turn.

This summer, American superstar Ryan Lochte attempted to pioneer a new underwater technique whereby after his freestyle flipturns, he would actually do the majority of his underwaters, which were already among the best in the world, on his back, and flip over just before surfacing. While this technique is an exaggeration of the “push off on your back” technique, most world class swimmers are “past vertical” toward their backs when they do a freestyle flipturn, if even for a moment.

FINA, citing the rule that only allows the backstroke to be swum on one leg of an IM, ruled that this does constitute backstroke swimming, and thus is not a legal technique specifically in the IM races.

Lochte used this technique to win the gold medal in the 200 IM, and so most of the focus on the interpretation has been regarding the one breaststroke to freestyle turn. There’s no intermediary turns in a long course 200 IM.

Suddenly, however, those intermediary turns have come into focus, and this will drastically affect the way that coaches are forced to teach their swimmers on how to do freestyle flipturns.

According to an email from USA Swimming Rules & Regulations Committee member Jim Holcomb, the “past vertical” interpretation applies to both intermediary turns on the IM’s and on the freestyle anchor leg of the medley relay (though not on freestyle-only events).

In an email sent to Wisconsin official Julia Krueger, a member of the Wisconsin Swimming Officials’ Committee, Holcomb says that:

The “Lochte” DOES apply to the intermediate turn in freestyle during the medley. Leaving the wall past vertical toward the back in the flip turn in the freestyle portion of the medley is a dq, in both the IM and relay.

Krueger says that she’s concerned that this will lead to ‘over-officiating’ and confusion among especially younger swimmers as to proper flip-turn technique. “I understand it on the breaststroke to freestyle turn, and in a case as prolonged as what Ryan Lochte is doing, but to change the intermediary freestyle turns seems like an overreach.”

As can be seen in the video below of the women’s 800 free from U.S. Nationals (it’s easier to see in a longer event), every visible swimmer appears to be past-vertical when their feet leave the wall on their freestyle flip-turns. Below that, in the men’s 400 IM from the same meet, the same technique can be seen. This race happened before FINA issued their interpretation.

A request has also been made to the NFHS, the governing body for most high school swimming in the United States, for their interpretation.

I agree that the intermediate turn interpretation of the Lochte rule will lead to overofficiating (we’ve already seen some in our LSC). But I think that it will primarily be among novice officials and only temporary, as the “stacked hands” clarification for breaststroke was. Ultimately, I don’t think it’s going to change the way we officiate.

When I look at both videos included, it’s obvious that the swimmers are coming off the wall on their backs, then flipping to the breast. The deck ref in me wants to hide under the scorer’s table when I think about the first DQ I process for this. The meet ref in me just wants to run screaming in anticipation the first time an… Read more »

Only an over funded bunch of bureaucrats drunk on power could mess things up this much.

This has nothing to do with Lochte…he is just an excuse since they have declared that almost every swimmer in the modern times has been breaking this new interpretation of the rule.

What would have been a much easier update to the rule would have been to say that the swimmer must be in the process of a continuous turn to their stomach when their feet leave the wall.

I think that the ruling here is suppressing innovation in the sport. Lochte was trying out a new technique that works for him. FINA is basically saying that he can’t try something new because they don’t like it. I agree with swimgeek that the “Freestyle” portion of the race is, by its definition, free. Front crawl happens to be the fastest way to swim. Once you have completed the Breaststroke leg of the IM, you should be “free” to dolphin kick on your back to 15m if you think that is your fastest way to kick.

Time for USA Swimming and other national governing bodies to stand up to FINA. FINA has proven itself to be corrupt and incompetent to stand u

I disliked the “Lochte” rule when it was announced, and I hate this further application of it (though I predicted this would have to be the logical extension of that rule).

The idea that swimmers are now going to need two different “freestyle flip turns” is ridiculous. Pushing off on your back for a split second is not “swimming backstroke”! If we extend this argument, then underwater dolphin kick is “swimming fly” and will also have to be removed from IM/medley relays.

How about a better rule change: The “free” leg of IM/medley relay is “free” in every sense of the word and is defined just like the indv. stroke — i.e., do whatever you want. If you really… Read more »

Amen to that! I never understood the purpose of the “no other strokes” rules in MR & IM (except maybe for us officials to help keep track of where they are in the race…)

I agree 100%. Freestyle is FREE style. So this rule creates confusion where there is no need for clarification.

Leave it to FINA to cause confusion over a simple intermediate flip turn in freestyle portion of the IM. In most cases, the freestyle flip turn causes the swimmer to leave the wall past vertical towards the back for a brief moment. There is a huge difference between this turning motion and remaining on your back during the entire underwater propulsive phase of the turn. This is a case of FINA over interpreting the rules. The “Lochte” rule is going to cause more confusion for swimmers and officials. This new ruling could have simply stated the swimmer cannot remain on their back during the underwater propulsive phase of the freestyle intermediate turn when swimming the IM. This would allow the… Read more »

I agree with your sentiment, but even your suggestion would force close judgment calls about when the “propulsive phase” starts.

How about we make it a clear rule that would allow the traditional “backwards pushoff” but would prevent a long 15m Lochte-style kick out: Just say the swimmer must be past vertical to the chest when the head passes the backstroke flags.