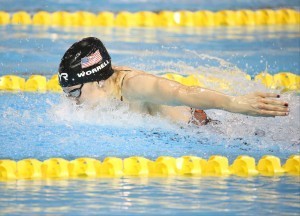 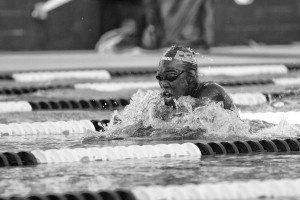 Katie Meili and Lilly King have rebounded very well from their first taper and found away to continue swimming fast through a second. Meili represented Team USA at the Pan American Games in Toronto while Lilly King was a member of the World University Games team that competed in Gwanju, South Korea. Katie Meili won tonight’s final with a time of 1:06.55, and Lilly King earned the silver medal with her time of 1:06.69.

Laura Sogar earned the bonze medal with her time of 1:07.41. She touched just ahead of Andrea Cottrell and Bridget Blood, who also finished with 1:07’s.

Sarah Haase, Jessica Hansen, and Emma Reaney rounded out the final with 1:08’s.