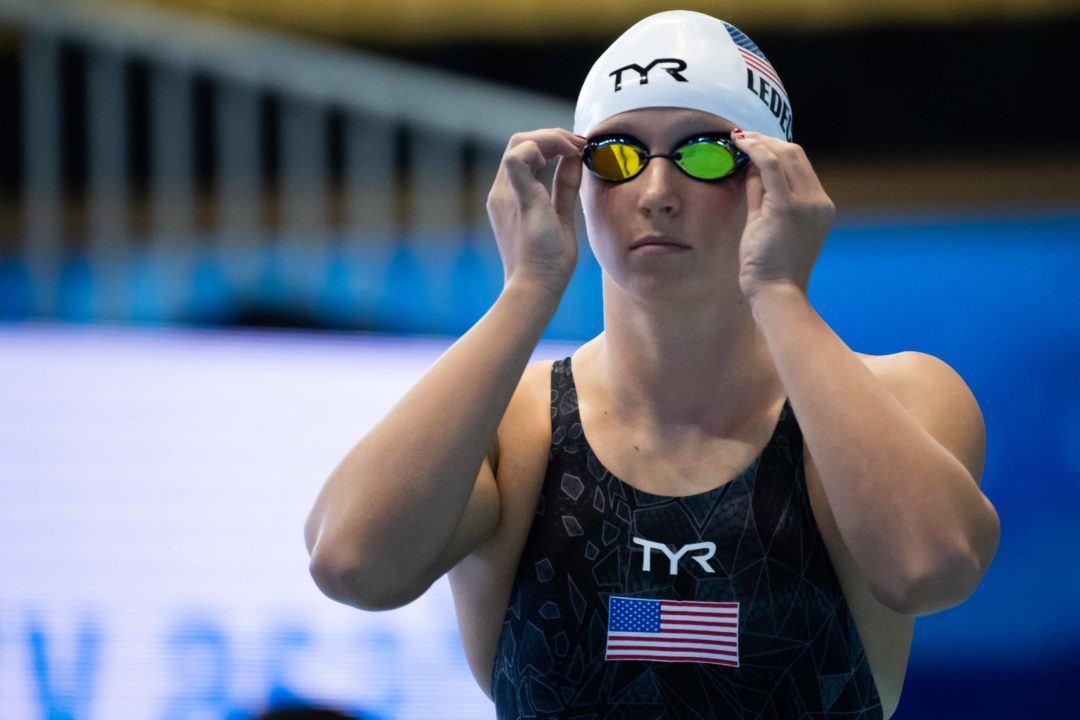 Olympians Katie Ledecky and Lilly King were among the group of athletes to speak at an "emergency" anti-doping summit Wednesday. Archive photo via Mike Lewis/Ola Vista Photography

Olympians Katie Ledecky and Lilly King were part of a group of athletes and officials to call for reform of the World Anti-Doping Agency at the White House Wednesday for what’s being called an “emergency” summit.

The meeting was held in response to WADA‘s September decision to reinstate the Russian Anti-Doping Agency after its three-year ban for carrying out a state-sponsored doping scheme.

The reinstatement has been adamantly opposed by athletes from the United States and many other nations worldwide, as WADA allowed RUSADA to be reinstated after meeting lower standards than were originally required. The US Athletes’ Committee and USADA were among the organizations to release independent statements in opposition to WADA‘s decision. However, the International Olympic Committee’s Athletes’ Committee, which is said to represent all Olympic athletes, released a statement of support for the decision.

King, who traveled from school in Bloomington, Indiana, to attend the event in-person called for an “overhaul” of WADA. King has been particularly vocal about her desire for clean sport throughout the duration of her rivalry with Russian breaststroker Yulia Efimova, who has failed multiple drug tests.

Citing their lack of representation in D.C., WADA officials released a statement to insidethegames Wednesday morning calling the summit “one-sided.” WADA vice president Linda Helleland was in attendance, though reportedly not in an official capacity for the organization.