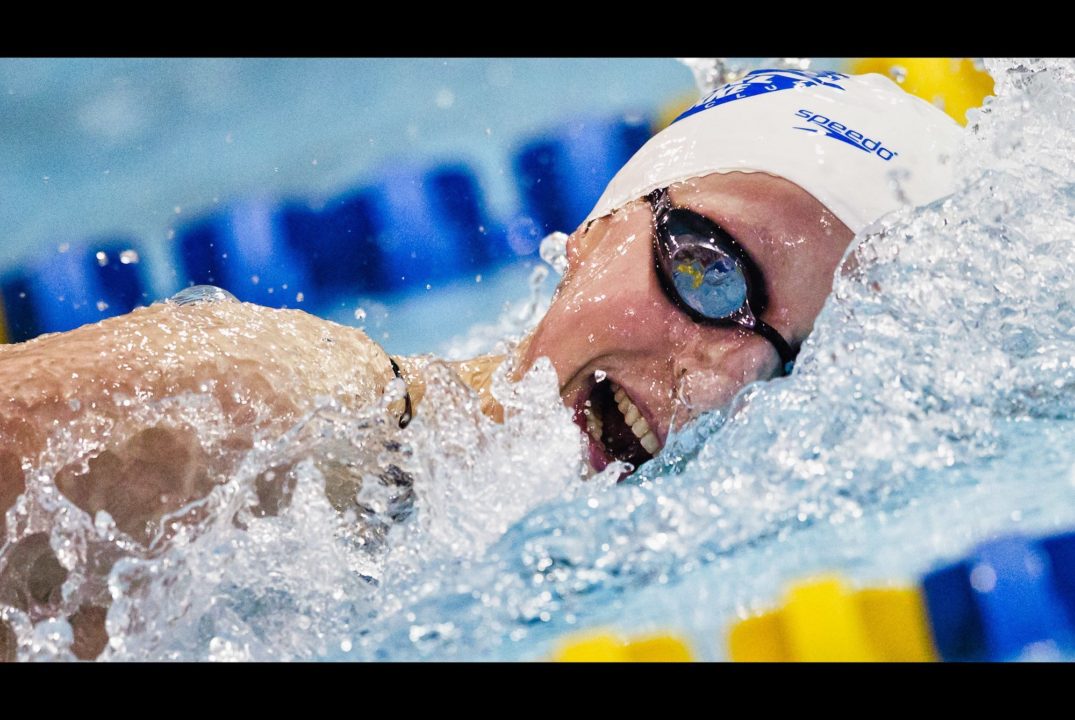 Katie Ledecky gave NCAP their 4th and 5th National Age Group Records of the weekend with a 15:28.36 in the women’s 1650 in Austin.

That obliterated, by 12 seconds, her old record of 15:40.38 at the NCSA National Championships.

The 2nd-best swimmer in the history of this age group is still Kate Ziegler in 15:40.89. Ledecky is only 4 seconds from the American Record. Ledecky trains at a different site than NCAP’s other two record breakers from this weekend, Andrew Seliskar and Janet Hu. Training under her new coach Bruce Gemmel seems to be going well initially.

can’t wait to see what she does in the long course come next year. i think she can put up some good 200 and 400 times in addition to her 800 swim.