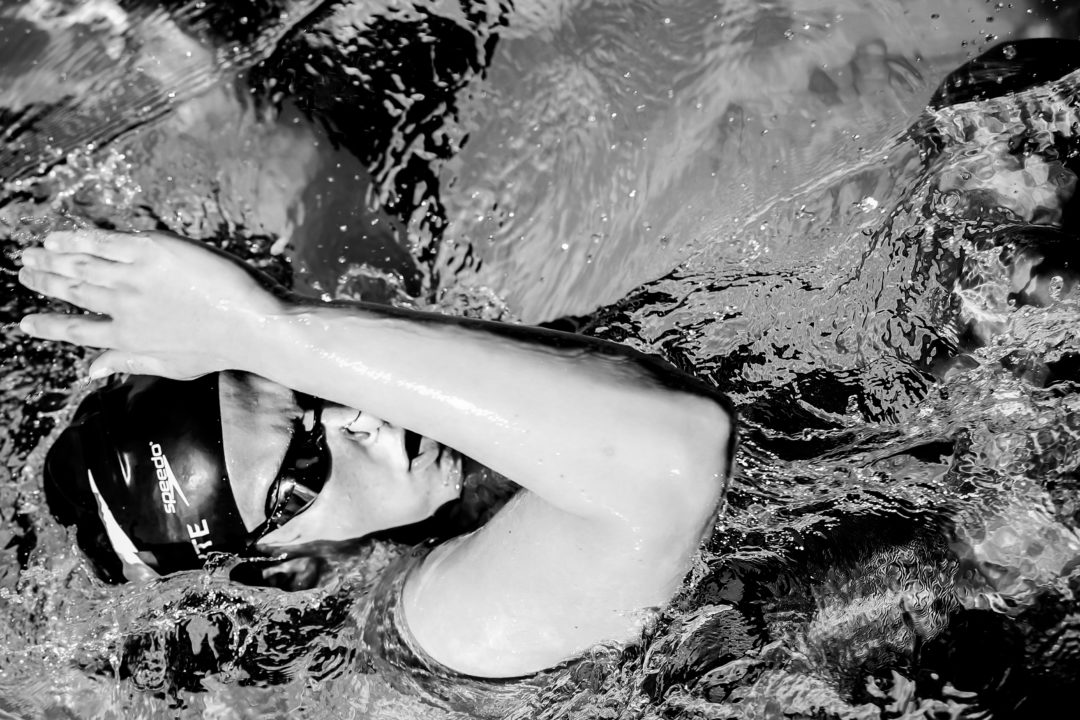 World record holder Kathleen Baker easily advanced to the semi-finals of the women's 100 back this morning in her first race in four months. Current photo via Jack Spitser/Spitser Photography

World record holder Kathleen Baker returned to competition this morning after having not raced in four months due to a rib injury she suffered while sick in April.

Swimming in lane 4 of the final heat this morning, she touched in a time of 59.31, good for the 4th-fastest mark of prelims. Before the injury, she’d already been 59-low twice this season, at the FFN Golden Tour and the Des Moines stop of the pro Series Swim. There weren’t prelims at the Golden Tour, but in Des Moines she was 1:00.26 in prelims before going 59.17 in finals.

For further sake of comparison, at 2017 Worlds Baker was 59.76 in prelims before ultimately taking the silver medal in 58.58. Last summer, after setting the world record in 58.00 at USA Nationals, she was was 58.41 in prelims at Pan Pacs before fading a bit to 58.83 for a bronze in finals.

All that to say, Baker’s time this morning is more or less in line with previous efforts, despite the lack of racing in recent months. She’ll face a tight field that includes Kylie Masse, who held the world record before Baker and was the only woman to break 59 in this morning’s prelims with a 58.91.