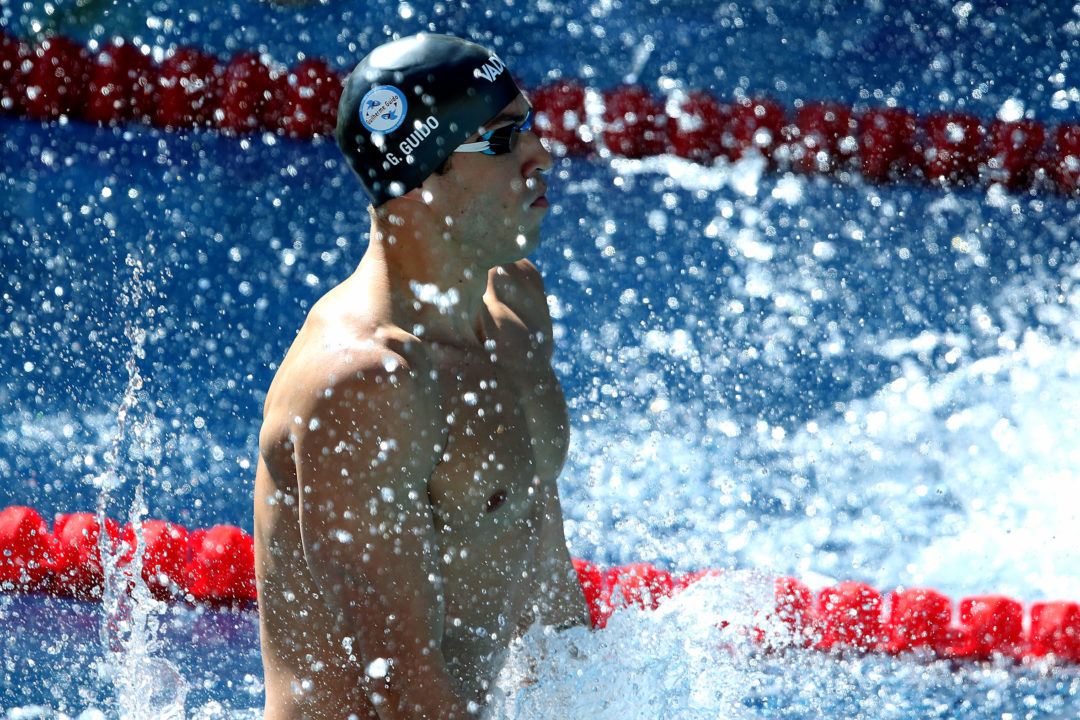 Guilherme Guido set a new South American Record in the men's 100 backstroke, clocking a time of 52.95 to lower his old mark of 53.09. Archive photo via Satiro Sodre/SS Press

Brazilian Guilherme Guido set a new South American Record in the preliminaries of the men’s 100 backstroke during day two action in Gwangju, becoming the first man from the continent to go under 53 seconds.

Guido won the first circle-seeded heat in a time of 52.95, lowering his previous mark of 53.09 from the 2015 Brazil Open. This year, his fastest swim was a 53.83 from the Brazil Trophy in April which ranked him 20th in the world.

The 32-year-old first broke the 54-second barrier ten years ago at the 2009 World Championships in Rome, going 53.61, and now finds himself in the 52-club. He ties American Jacob Pebley as the 21st fastest performer of all-time.

Known more for his exploits in short course, Guido is a five-time medalist at the Short Course World Championships, including an individual bronze in the 100 back at the 2012 competition in Istanbul. He also owns four Pan Am medals, including a silver (2015) and a bronze (2011) in the 100 back.

Heading into the semi-finals, he sits second overall behind China’s Xu Jiayu (52.85), as they were the only two to go under 53. Guido’s opening 50 of 25.31 was notably the fastest in the entire field by over a quarter-second.